The state of the White Flags at Gnejna Bay, Malta (left) and Beau Vallon Beach, Seychelles, has led to criticism that they reflect the lack of maintenance and supervision in the project.

The Seychelles government has cancelled plans to have White Flags on 40 beaches following findings published by The Shift on fraud charges faced by the environmental organisation’s president, Kristijan Curavić, and the controversy surrounding his agreements with the Maltese government.

The announcement was made last Wednesday by the Seychelles Environment Ministry “after it learned of allegations against the president of the organisation that hands out the designation,” according to a statement.

The government made the announcement after Environment Minister Wallace Cosgrow, Tourism Minister Didier Dogley and Finance Minister Maurice Lousteau Lalanne met with Curavić that afternoon to discuss the allegations.

The announcement on the cancellation of plans in Seychelles refers to findings published by The Shift on fraud charges faced by the President of Ocean Alliance Conservation Member (OACM) in Croatia where the authorities sued Curavić to recover taxpayers’ money that funded a failed project.

The reports also refer to statements given to The Shift from Bianca Jagger and the Prince Albert II of Monaco Foundation that denied links with Curavic’s project.

“Several articles on The Shift – a digital newspaper dedicated to investigative journalism based in Malta – reported the allegations against OACM and Curavić… The articles also reported that Curavić is also using logos of supposed partners when in reality there is no partnership. One such is the Prince Albert II of Monaco Foundation.

The Shift News also reported that former actress and human rights advocate Bianca Jagger – the founder of the Bianca Jagger Human Rights Foundation and a Council of Europe goodwill ambassador — denied claims that she was a Board member of an affiliated organisation put forward by White Flag International,” the Seychelles News Agency said.

The Shift also reported that private sponsors had withdrawn their support of the project, with their logos being removed from the project’s web site in the weeks that foll

Only a day prior to the announcement by the Seychelles Environment Ministry, Curavić had met the country’s President, Danny Faure. Curavić later told journalists that “discussions with the President is to certify 40 to 80 beaches in Seychelles. That is the biggest number of beaches committed by any country,” according to the Seychelles News Agency. Kristijan Curavic in a meeting with Seychelles President Danny Faure on the 13 August. Source: Facebook

Last week, The Shift reported that a Freedom of Information request revealed that the Gozo Ministry had entered into a contract with Curavić’s organisation committing to pay €29,000 for a White Flag at Mgarr ix-Xini. Yet, Gozo Minister Justyne Caruana had told parliament only €7,776 had been spent on two White Flags.

Seychelles had their first beach White flag certified 8 September 2018, a month after the Croatian had been posing next to the Gozo Minister and a few months before he disappeared from Malta. 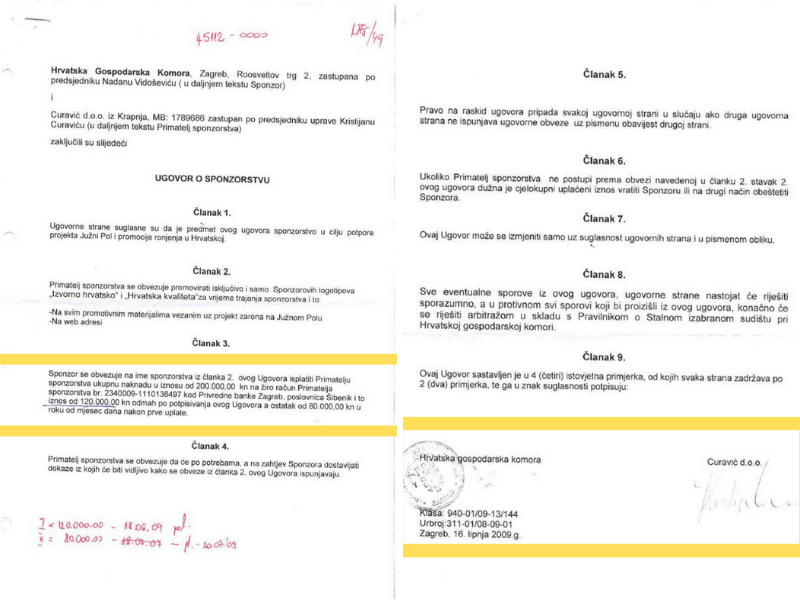 The Municipal State Attorney’s Office of Rijeka, Croatia, filed an indictment against Curavić for issuing a false invoice for HRK 47,970 (€6,500) to justify funds he received from the Tourist Board of the city of Crikvenica for an environmental project in the South Pole that never happened. Curavić has denied all charges.

When The Shift first published its findings on the White Flag scheme, Environment Minister Jose Herrera had admitted no due diligence had been carried out “because he did not sign any contracts” and “he was not defrauded”.

Similarly, the Seychelles Environment Minister was quick to point out when announcing the cancellation of the plans that there had been no financial commitments with the organisation so far.

“There has been no financial implications or commitments and… discussions on the White Flag Project will only resume after satisfactory clarifications have been received from the organisation,” according to the statement.

Seychelles had its first White Flag last year placed on Beau Vallon Beach in the north of the main island of Mahe, one of 115 islands of the Seychelles archipelago in the western Indian Ocean, according to the Seychelles News Agency. Curavić’s plans are now stalled in that country. Kristijan Curavic in Seychelles and Gozo, Malta, and the resulting White Flags.

The White Flag is meant to denote that “the world’s first Certified Safe Marine Areas”, referring to the marine environment as having been physically cleaned from plastic and other marine debris. The certification is not endorsed by relevant international bodies.

Curavić’s former partner – the only Maltese individual to lend his name to the scheme – said he cut all ties with the project after The Shift’s reports. He also said he was unaware of Curavić’s past and that he had no idea where Curavić was because he left the island soon after the news broke.

Suddenly, in August, a new post popped up on Curavić’s social media account showing that White Flag International had made its way to Seychelles again. The Shift followed the developments of his project there.

The Shift has been in contact with the spokesperson of the President of Seychelles, Danny Faure, and questions have been sent to the Seychelles Environment Ministry for details of the contractual agreements with Curavić’s organisation.

Take a look at what we revealed on the White Flag project.

When ‘fake news’ comes from a DOI press release