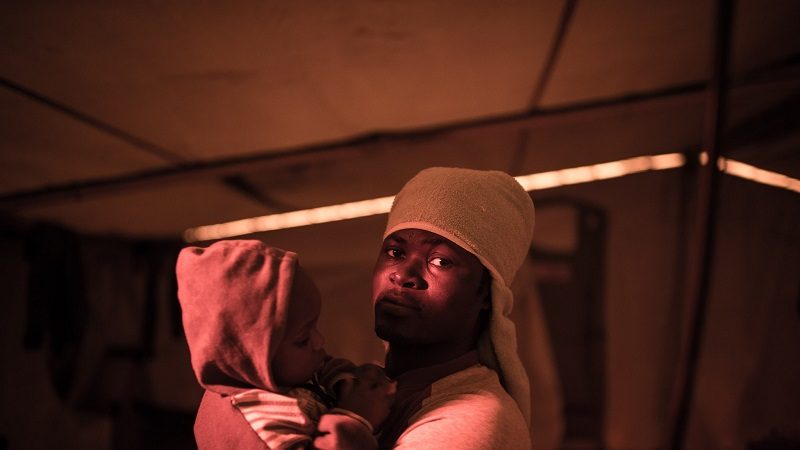 PN Head of Delegation David Casa has called on all Members of the European Parliament to urge their governments to show solidarity and offer refuge to the 49 asylum seekers stranded at sea for more than two weeks.

At present there are 49 asylum seekers, including many women and children, that have been aboard the Sea Watch vessels for the last 19 days. Italy was the closest safe port at the time of rescue but in view of them being denied access to Italy the vessel is sheltering from rough seas off the coast of Malta, Casa said in a letter sent to all MEPs.

“The situation on board is reported as being dire… the responsibility for this impasse falls on us all,” Casa said.

The PN Head of Delegation noted that while Malta appeared within its legal rights to refuse entry, saving lives must be a priority.

“It is my contention that safeguarding human life at this stage must be prioritised above setting legal precedent… No Member State has pledged to take in any of these vulnerable people. I have sat through 15 years of declarations in this House on safeguarding human life and solidarity with southern European Member States. This is the time to put those words into action,” he said.

Casa told MEPs to use their influence with their respective governments to show true solidarity and offer refuge to the vulnerable people on board the Sea Watch vessels. His call follows the appeal of the Leader of the Opposition, Adrian Delia, to let aboard disembark.

Day 18: NGO ships #SeaWatch and #SeaEye are still waiting to be granted a safe port to disembark 49 people rescued at sea as required by international law. This unnecessary wait is detrimental to the physical and mental health of survivors, and impedes further rescue operations. https://t.co/Evi51yHAIg

Partit Demokratiku also said in a statement that “solidarity and humane treatment must be put before everything else”. PD said the frequent stand-offs and incidents at sea were a reflection ot the EU’s failure to address the problem of migration.

“This is not on for a Union that prides itself with being an actor on the global stage. Government should have taken in the vulnerable, which include women and children, as soon as the weather deteriorated, setting an example for other Member States to follow,” said MP Marlene Farrugia.

The Party expressed its support for the stand taken on Tuesday by over 40 human rights NGOs and groups that described the situation as “tragic” and “shameful”.

PD said that on the one hand, Malta needed to be tough on migration given its position between Africa and Europe, the country’s size, and the Dublin II Convention, but on the other, the government could not act in “an inhumane manner as witnessed in the recent Sea Watch incident, which is a case of prolonged suffering in inhumane conditions” for those rescued.

“While the government must abide by its international obligations and cater for rescuing and disembarking migrants within its zone of responsibility, and should be praised for saving the lives of 251 migrants less than two weeks ago, Malta cannot shoulder the refuge burden alone. To be clear, it cannot take in all migrants rescued miles off Libya, because it will instigate dangerous, unsustainable, precedents,” said MP Godfrey Farrugia, PD leader.

The principles on which Europe was founded have been sidelined, the Party noted.

The Maltese government said it was closely monitoring the situation and would grant assistance in case of emergency. It said discussions on ad hoc relocation should have a broader scope, saying a long-term European solution for similar issues should be priority.