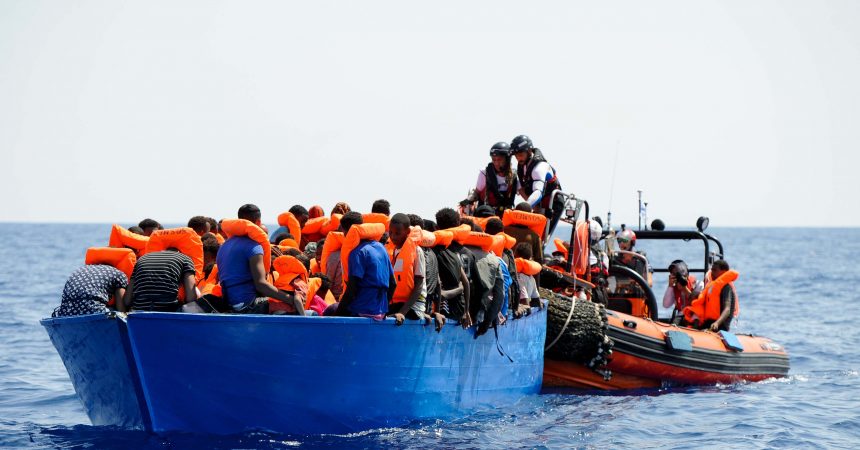 Updated to include the government’s reaction

The European Commission is speaking to a number of member states in an attempt to solve the standoff that left rescue migrant vessel Aquarius stranded at sea with 141 migrants on board.

Tove Ernst, a spokesman for the European Commission, said it was in contact with “a number of member states that have approached us regarding the incident” to try to find a “swift resolution” to the standoff, The Business Standard reported.

The vessel is in a standby position exactly between Malta and Italy and, according to the NGOs on the ships, have been refused permission by the Maltese and Italian authorities to allow the migrants to disembark in their ports. Italian Interior Minister Matteo Salvini said the boat was not going to enter Maltese waters.

In a statement, the Maltese government said Malta was neither coordinating nor the competent authority for such a rescue, and “therefore has no legal obligation to make the arrangements to provide for a place of safety”.

The government said requests for such vessels to enter ports are unwarranted and without legal standing, adding that it was monitoring the situation and in touch with other authorities.

Meanwhile, the Maltese search and rescue authorities today saved 114 migrants which were on a dinghy and in distress. “Malta continues to abide by all applicable conventions while ensuring safety of life at sea at all times,” the government said.​

Run by NGO SOS Mediterranee, Aquarius rescued two wooden boats in the international waters of the Libyan Search and Rescue Region, under the responsibility of Libyan JRCC on Friday. The following day, it was instructed by the Libyans to “contact another MRCC and ask for place of safety”.

Meanwhile, on Sunday, it was instructed by the Libyan JRCC to conduct a rescue of 10 people in distress. Aquarius searched for the boat and found it as it entered the Maltese SRR. With Maltese authorisation, Aquarius provided lifejackets, food and water to the people on the boat, who informed Aquarius that they would like to continue their way north, the NGO said.

It escorted the boat to the Italian search and rescue area where the people onboard were taken in by an Italian Coast Guard vessel.

According to the NGO Doctors Without Borders, the condition of those on board the Aquarius is stable.

Rescued people on board told MSF and SOS Mediterranee said that they encountered five different ships which did not offer them assistance before they were rescued by Aquarius.

“It seems the very principle of rendering assistance to persons in distress at sea is now at stake. Ships might be unwilling to respond to those in distress due to the high risk of being stranded and denied a place of safety. Policies designed to prevent people from reaching Europe at all costs are resulting in more suffering and even riskier journeys to safety for people who are already highly vulnerable” Aloys Vimard, MSF’s Project Coordinator onboard Aquarius said.

Read more: Aquarius returns to sea to save lives

This standoff is a repeat of what happened in June, when the rescue vessel spent days at sea with 629 migrants after being denied entry by Italy and Malta. It was forced to make a 1,500 km journey across the Mediterranean Sea while carrying 629 migrants after being denied port by Italy and Malta. Spain eventually allowed for the ship to dock in Valencia.

A number of rescue vessels, including Sea Watch, are currently blocked in Malta, as the government continues to play hardball. Since the beginning of the year, over 1,500 people have died in the Mediterranean.

In a damning report, Amnesty International said European agreements with Libya as well as Malta and Italy’s hostility towards migrant rescue ships were having a devastating impact on people’s lives.

Between June and July 2018, deaths of migrants at sea increased to more than 721 along the central Mediterranean route – with 564 people found dead or reported missing in June and 157 in July, the NGO said.

The ship’s position is available on www.onboard-aquarius.org and is updated live.