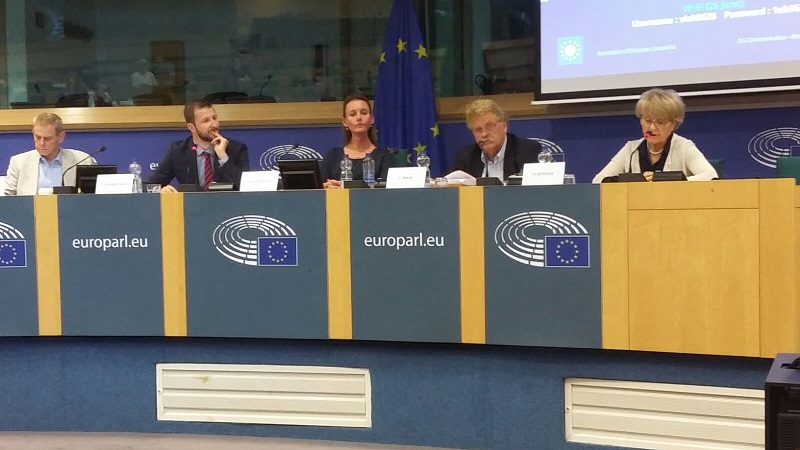 There is no political will to protect journalists, said the head of human rights and safety at the International Federation of Journalists during a seminar in Brussels debating media freedom in Europe and the attacks on journalists.

The seminar is being organised by Association of European Journalists, offering a platform for debate between MEPs from across political groups and journalists on press freedom in Europe amid a growing trend of journalists being targeted for what they do.

The rise of populism and the increasing pressures it placed on journalists were discussed. William Horsley, vice president of AEJ Europe, said he rise of populism was noted as one of the factors that is creating uncertainty for the EU project.

Ivan Stefanec (EPP, Slovakia head of delegation ) said that in the cases of Malta (assassination of journalist Daphne Caruana Galizia) and Slovakia (murder of Jan Kuciak), the EU institutions were working harder than the national institutions.

AEJ secretary general Tibor Macak said that following Kuciak’s murder there were more journalists dedicating their work to investigative journalism. There have been changes in Slovakia but those newly appointed were still from the same Party.

MEP David Casa also addressed the audience. “Journalists today are faced with increasing challenges. Populism is on the rise. We live a world where the truth is losing its value. This makes it more difficult for journalists to do their work. However, journalists become most vulnerable when impunity reigns and no action is taken on the revelations they report – when the criminals that they expose remain in power and criminal activity is allowed to continue. This when the journalist becomes a target,” he said.

Casa noted that progress had been made in Malta, and pointed to Pilatus having ceased to operate after its chairman was arrested in the US for money laundering.

One of Caruana Galizia’s sources, whistleblower Maria Efimova won her extradition hearing and was now safely with her family. And the European Banking Authority has launched a formal investigation into the Maltese regulatory authorities for not having acted to stop money laundering.

“However the politicians for whom Maltese institutions were intentionally weakened remain in office. And Nexia BT, the firm in Malta that is at the centre of corruption and money laundering continues to operate – without consequence – despite hard evidence of its involvement in criminal activity. This is of course completely unacceptable”.

Casa asked journalists not to underestimate the vital role they play in their democracies and to be unrelenting in holding power to account.

Cedric Farrugia is reporting from Brussels.