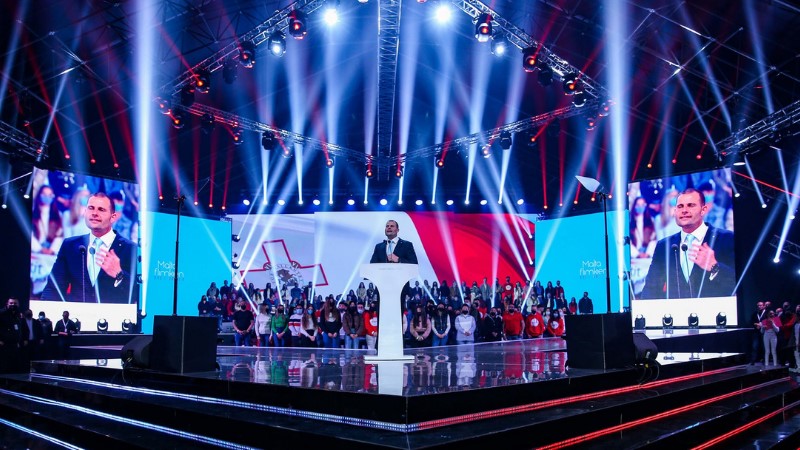 An analysis of the scantily described direct orders issued by the Malta Film Commission over the first three months of last year, which coincided with the electoral campaign, shows the Film Commission’s main beneficiary companies were those that supplied the Labour Party with stages, lights, sound, LED screens and other props for its multi-million-euro election campaign.

Film Commissioner Johann Grech, politically appointed to the post, was once the marketing manager at the Office of the Prime Minister in disgraced former prime minister Joseph Muscat’s time.

According to the list of direct orders published a few days ago in the Government Gazette, Grech issued 112 direct orders worth over €2 million in the months leading up to the general elections held in March 2022. Most of the direct orders were connected to the organisation of the controversial Malta Film Awards, which cost taxpayers hundreds of thousands of euro in what was deemed to be an event to boost the profile of the Labour Party.

While the Malta Film Awards night was held at the end of January, most of the direct orders for Labour’s organisers, who were also involved in the awards night, were issued either a few days before the event or even after.

For example, Ray Vella & Company Ltd, which supplied Labour with massive LED screens for its mass meetings, was given more than €153,000 in direct orders between January and March 2022, including the hiring of LED screens.

Carmelo Magro of The Events Company (TEC ltd), associated with the building of stages for Labour’s mass events, was paid by the Malta Film Commission more than €140,000 at the same time as the electoral campaign – including €114,000 for the “provision of staging”. That direct order was issued on 8 February 2022. The Film Awards’ main event occurred more than a week before.

Nexos, which Labour engaged for its campaign lighting, received €151,000 in direct orders from the Film Commission, while Besteam Audio, the sound company Labour uses, received a €94,000 direct order for “the supply and service of audio” a week after the film awards were held.

The Commission paid other suppliers tens of thousands of euro in direct orders in the first three months of last year. These included various public relations and billboard companies such as AF Sign Studio, used by Labour for its billboards; Sharpshoot media – a filming company owned by Justin Farrugia, the brother of Malta Enterprise CEO and former communications head for Joseph Muscat, Kurt Farrugia; and Mad About Video, suppliers of projectors and servers and G Media, which is owned by the prime minister’s personal photographer Gareth Degiorgio.

The same group of Labour suppliers were also involved in another massive public event during the same electoral campaign, paid through state coffers.

The Shift reported in March how a song contest organised by Festivals Malta was first booked for Corinthia’s Malta Fairs and Conventions Centre, only to have been postponed at the 11th hour to make way so the Labour Party could use the venue for the conclusion of the electoral campaign. Some of the direct orders issued by the Malta Film Commission during the electoral campaign.

In the meantime, Festivals Malta has already issued hundreds of thousands of euro worth of direct orders to the same suppliers for the ‘Muzika, Muzika’ festival. Most of these same props ended up being used by Labour for its events.

These same companies involved in Labour’s electoral campaigns have been the recipients of millions or euro in direct orders since Labour was elected to power in 2013.

Does Malta have an Opposition in parliament?
Is any such Opposition “blessed” with an advocate worth his/her warrant?
What are they waiting for? …..their turn maybe?!