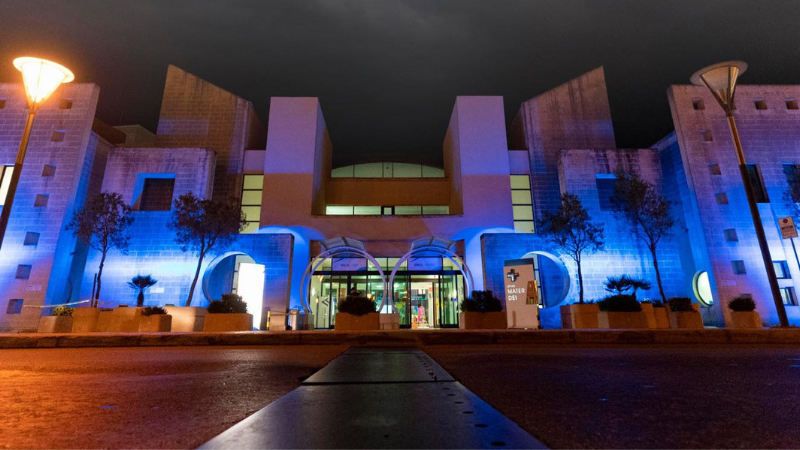 Ward patients confirm showers are still in use, contradicting the Health Minister's claim that the mobile units have not been used since winter.

Patients at the MIU6 ward at Mater Dei hospital who spoke to The Shift have contradicted claims by Health Minister Chris Fearne that the mobile shower units in the ward reported by The Shift last week “have not been used since winter”.

The minister’s comment was made to Lovin Malta, which reported his words while saying at the end of the story that it had not yet visited the ward. Fearne’s ministry said the mobile units were installed for use during the COVID pandemic and have not been used since.

The Shift’s report was based on a site visit and contact with several past and present patients in the ward. When contacted to react to the minister’s comment, they explained that it was not true that the mobile units were not in use, explaining their experience of having to use them.

Just last week, patients were still complaining about the conditions in the ward, with the same patients confirming again that they were still in use. The article, published on 9 June, also featured an eyewitness who expressed indignation at how the showers looked like “the patients are hanging out at a camping site or a festival”.

A former patient of Major Incident Unit 6 (MIU6) at Mater Dei Hospital also spoke to The Shift following the publication of last week’s article, which provided visual evidence of mobile showers used to service patients recovering at the hospital. The ward, MIU6, is used for patients who require consistent care and attention.

“Cleaners came every time someone had a shower to mop the floor in the area around the showers. When I was there, the tubing leaked and the floor in front of the showers was wet. Some tubes were held with silver masking tape,” the former patient stated. “I didn’t mind the makeshift showers and I forced myself to shower every day even with a high fever because I was constantly drenched in a cold sweat and often shivered violently,” the former patient said.

Although satisfied with the water pressure and the availability of hot water, the former patient described a “very noisy” experience because of the hardened plastic material of the mobile showers.

“If older people or disabled people were to have needed it, there definitely was not enough room in the shower to put a chair,” the source said, adding that the floor area of the makeshift changing room consisted solely of curtains that could be drawn to cover oneself while changing, “was wet from dripping bodies”.

“It was also a big step down coming out of the shower which might have been difficult for old people. One day when I stepped out, I went sliding across the floor and fell,” the former patient added while also praising the staff care at the ward. The ward was described as generally bare, with no bedside furniture for clothes and belongings, meaning everything had to be kept in bags or chairs, and electrical plugs were not available nearby.

“The electrical plugs were also 10 feet away, which meant getting out of bed to plug in my phone required massive motivation and effort in the state I was in,” the former patient recalled, mentioning how difficult it was, in that particular state especially, to make it to the toilet located outside the ward’s main room.

“It was winter and I had a raging fever, and my clothes were soaking with sweat. The toilet may as well have been outdoors in a blizzard in mid-winter,” the former patient said.

Other patients contacted by The Shift said this was still the case in the ward.

All the bedside manners of a mafia abetter.

What a shame. This attitude has become the norm, in more ways than one.