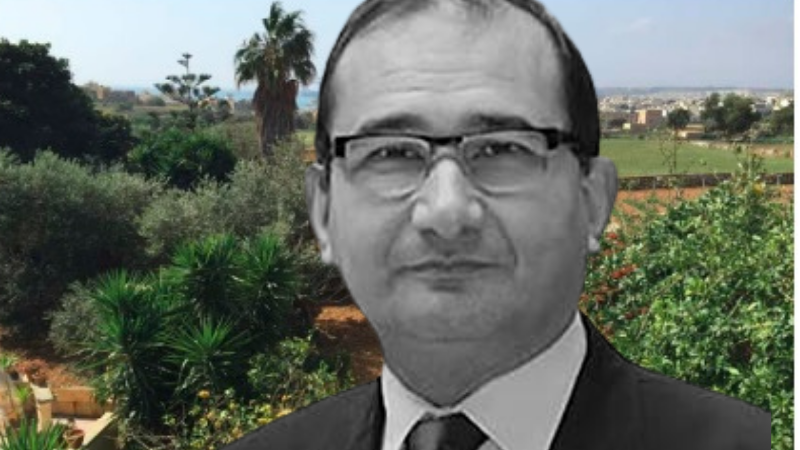 Inland Revenue Commissioner Joseph Caruana, who replaced Marvin Gaerty a few weeks ago, is refusing to explain his department’s failure to draw up an independent valuation of a two-tumoli ODZ Zejtun villa acquired by Prime Minister Robert Abela in 2017 declared at a price of just €600,000.

The Shift recently revealed that former tax commissioner Gaerty failed to send his department’s architects to assess Abela’s newly acquired Zejtun property in 2017 even though IRD officials had flagged the need for a valuation according to the law.

Gaerty had told The Shift that any questions on the procedures used in this case should be addressed to his successor, Joseph Caruana. Yet, Caruana remained tight-lipped on the matter.

Caruana cited secrecy rules when asked to name the officials that had decided not to proceed on an assessment of the Zejtun property acquired by the Abelas.

The Duty on Documents and Transfer law obliges the Commissioner of Inland Revenue to send architects to the property. Yet the prime minister himself admitted that no assessment of the real value of his villa had been made by the Inland Revenue Department for tax purposes.

The Shift has now filed a Freedom of Information request for the tax declaration made by the prime minister on this contract and the minutes of the committee meeting in which it was decided that there was no need to make a valuation on the prime minister’s property.

Independent estate agents told The Shift that in 2017 the same villa was estimated to have a market value of over €2 million.

The prime minister has always insisted that the real value of the property is “the one declared in the contract”. No documentary evidence was ever provided to back his claim.

The Abelas signed the contract for the property on 10 July 2017, just five days after the Planning Authority gave its green light to sanction a large number of illegalities on the property.

No renovation works have been carried out on the ODZ property the Abelas acquired as they continue to reside in a penthouse in Marsascala. Yet the Zejtun property was in the meantime leased to two Russian millionaires seeking to buy a Maltese passport using his family’s legal firm.

The prime minister has so far failed to publish the rental agreement on which 15% tax is supposed to be paid. No such income has been recorded in the prime minister’s declaration of assets presented to parliament last year.

Arnold cassola has stated that the property was advertised for sale at 800 thousand 3 years before, so the price is within range. How the illegalities were sanctioned is another issue

Therefore 3 years later the price should have gone up,no?

If you don’t sell the property for 3 years, chances are that you reduce the asking price as it was too high in the first place

My god … you are so gullible

600k was declared. Undeclared amounts, if any, would not feature.

Of course. But possibly there were no undeclared amounts, given that the asking price was relatively close.

If you have a property riddled with illegalities and you sell it …it will be sold significantly below market value. But the illegalities were sanctioned a few months before Abela bought it ( what a co-incidence ) . It does not take a genius to understand that a property built on ODZ the size of 20 terraced houses is worth more than 600 KEuro.

SOME ANIMALS WILL ALWAYS BE MORE EQUAL THAN OTHERS,
WITH TRUST IN THE INSTITUTIONS NOSE-DIVING.

It’s funny how they cite secrecy rules when it’s one of there own but have no problem leaking the opposition’s or anyone not in the labour folds tax affairs?

And yet he was still elected as prime minister. How stupid can people be when I am sure some of them cannot cope with their expenses.

Beyond the euphoria – Noel Grima