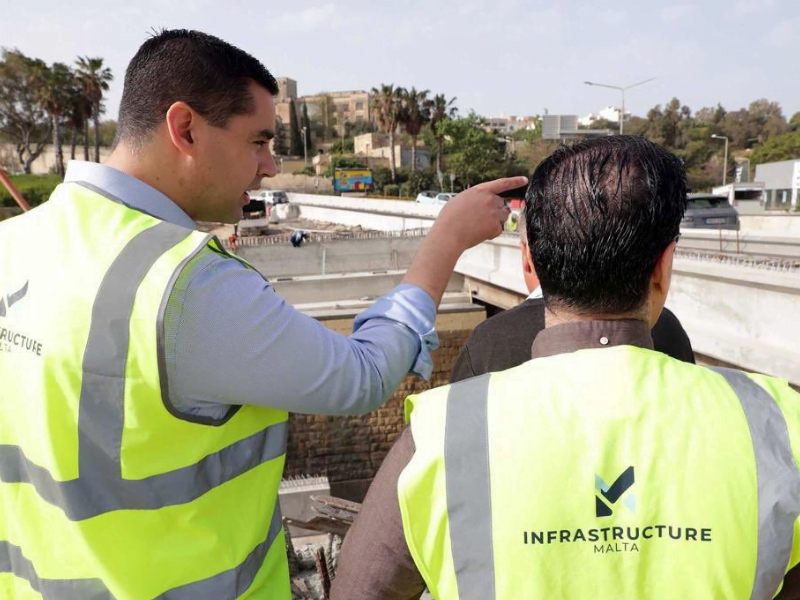 Infrastructure Malta has set another record as the government agency responsible for roads issued more direct orders than tenders in the last six months of the year, according to information published in the Government Gazette.

The agency, which falls under the responsibility of Transport Minister Ian Borg, issued a total of 61 direct orders worth almost €4.5 million. The latest direct orders published in the Government Gazette top another €9 million published for the previous six months.

This means the agency spent almost €14 million on direct orders in a year.

Procurement rules dictate the government is duty bound to seek the best value for money when spending taxpayer funds, yet Infrastructure Malta continues to flaunt the rules saying works are ‘urgent’ or ‘unplanned’. According to the latest information, Kosta JV, a consortium including Polidano Brothers (Ic-Caqnu), Philip Agius and Sons, and Central Asphalt Ltd, was given a number of lucrative direct orders with a combined value of almost €1.5 million to do additional works on several roads, outside the cost of the original contract.

The same consortium was even paid additional tens of thousands for variations of the same projects, which consist of works added after the original contract was adjudicated, normally through changes in plans by Infrastructure Malta’s commissioned architects.

Infrastructure Malta announced a few weeks ago that it had blacklisted Polidano Brothers due to his estimated €40 million pending tax bill with the Inland Revenue Department. Yet the company continues to be granted government projects through various consortiums of sister companies.

Crowd Net Ltd – an architectural firm owned by William Lewis, the Organisational Secretary of the Labour Party – is a regular recipient of government direct orders with the latest concerning works on a St Julian’s connection project and a traffic study in San Gwann.

Construct Furniture – another company that regularly hits the headlines as a result of its close links to the governing Labour Party – received more direct orders, this time for furniture for the roads agency worth €31,000.

A new entrant in Infrastructure Malta’s favourites for direct orders list is IO Projects Ltd, selected without any competition to do seven different landscaping projects in just six months – an area where there is stiff competition from various local suppliers.

Registered in 2016, the company is owned by a Mellieha couple, Fiona and Kenneth Bugeja, who also own a villa rental company. Bugeja has direct business links to the hamlet of Bahrija, Minister Borg’s constituency.

Infrastructure Malta is being given a budget of some €100 million a year to improve Malta’s road network. It is not yet known how much the country is paying for every kilometre of road being constructed, but industry insiders concede that this might be much higher than the norm.

So far, no study has been conducted in this area despite the many millions budgeted each year.

The agency is run by Fredrick Azzopardi – a former Labour local councillor. He was chairman of Enemalta when the infamous Electrogas power plant deal was negotiated and executed.

As long as the work is carried out to standard and dead lines are met for me it is not an issue of direct orders or tenders. This has always happened and will keep on happening. At least now we are seeing results

There is a flaw in your line of reasoning. Ultimately you and I are paying the bills for these works(besides grants from the EU, which Labour was steadfastly against, including disgraced ex-Prime Minister Joseph Muscat). Your ‘As long as’, besides it being questionable in itself, will allow an official monopoly on works, thus taking away – even more than is now – the levels of excellence and competitive prices which so far elude our pockets.

why is the list of direct orders for 2020 given by Transport Malta not published yet??!! Shouldn’t these be published every 6 months?