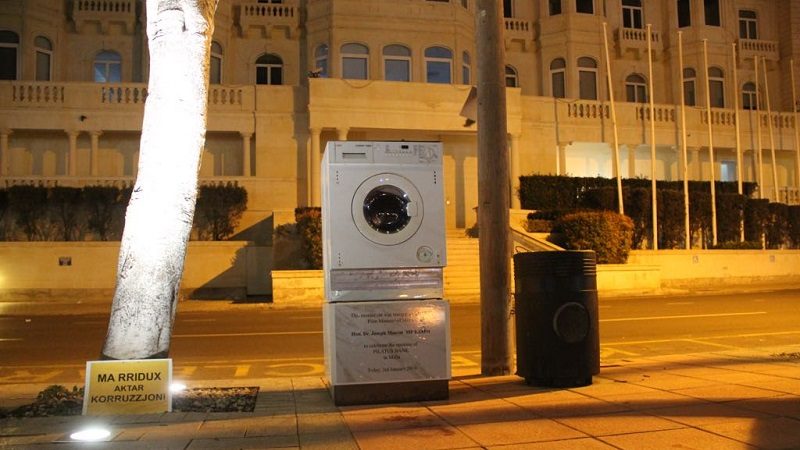 Malta has plummeted 60 places in the span of a year in the Basel Institute’s Anti-Money Laundering Index, dropping from its “low risk” 113th place in 2019 to 53rd place in 2020.

In the ninth edition published on Thursday, the rapid decline now places Malta as the country with the highest risk within the EU. Published annually, the index ranks money laundering and terrorist financing around the world, ranking countries according to their risk.

The assessment of the risk at the country level is indicated by the research in five domains; quality of anti-money laundering and combating financial terrorism frameworks, bribery and corruption, financial transparency and standards, public transparency and accountability, and legal and political risks.

The scores are based on data from publicly available sources such as the Financial Action Task Force (FATF) (which Moneyval forms part of), Transparency International, the World Bank and the World Economic Forum.

The result is unsurprising when taking into consideration recent reports which claimed that Malta is increasingly likely to become the first EU country to end up in the FATF grey list. Falling into this list means that a country is not considered as a safe jurisdiction for preventing terror funding and money laundering.

In the index, Orban’s Hungary ranked one place higher than Malta, while Estonia, Andorra and Finland held the first three positions for the least risk. Malta ranks last as the EU country with the highest money laundering risks.

Basel Institute noted that the quality of frameworks is the weakest point of EU countries when it comes to fighting money laundering and financing terrorism.

It also pointed out that Belgium, Cyprus, Malta, the Netherlands, Spain and the UK have been listed by the US as major money laundering destinations.

Malta also held a concerning rank on the global score, placing 53rd out of 141 countries, with Russia placing 52nd and Serbia placing 54th.

Countries such as Hungary and Azerbaijan ranked better than Malta, at 81 and 66 respectively.

Risk is defined broadly within the index as a country’s vulnerability to money laundering and terrorist financing, and its capacities to counter it.

It is pertinent to note that last year the Maltese government referred to this index to play down Moneyval concerns, with the State broadcaster headlining the report: “Malta at low risk for money laundering”.

The Labour Party’s TV station pushed the same narrative while labour trolls and government officials spread the “news” as mud-slinging and lies by “traitors” to Malta in the European Parliament. 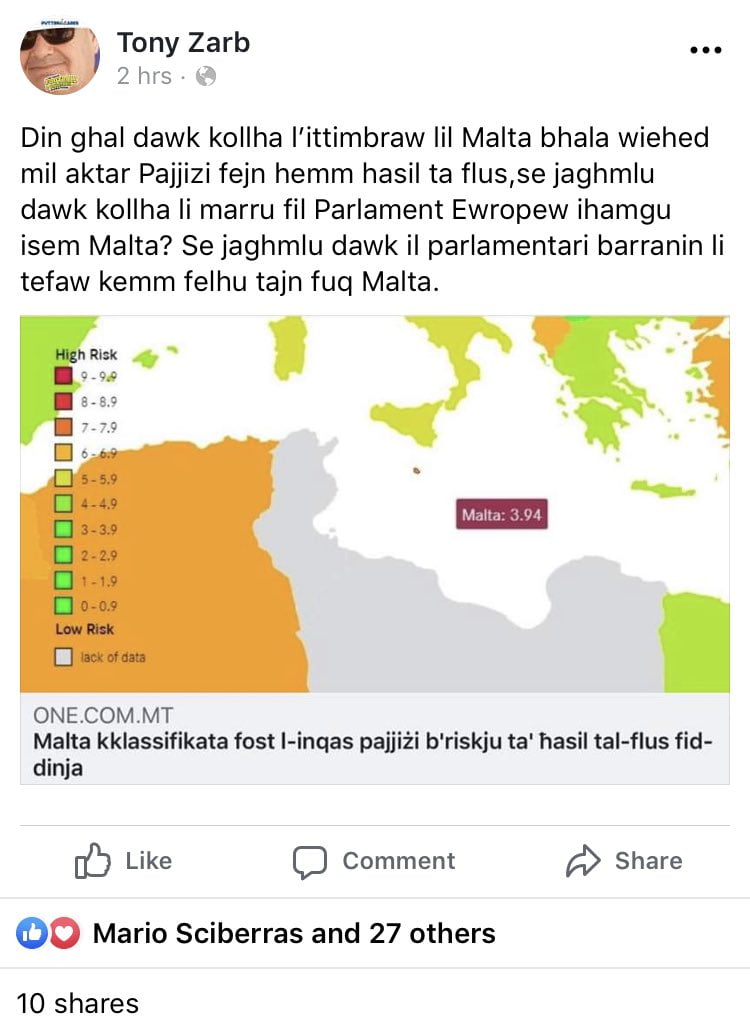 On a global scale, Afghanistan ranked first for having the highest risk (8.16), while Estonia ranked last with the lowest risk (2.36).

In a statement following the release of the report on Thursday, the Institute said the results show “weak oversight and dormant systems” which “leave countries’ doors wide open to money laundering”.

The Basel Institute deems the average score of 5.22 as “unacceptably high”.

Only six countries have improved their scores by more than one point, while 35 countries fared worse.

Earlier in July, financial expert Godfrey Leone Ganado had told The Shift that he believes that in order for Malta not to fall into the FATF, and Moneyval, grey list, the authorities need to show that action is being taken to redress the situation by implementing more rigid regulations on money laundering and on due diligence procedures, with tight achievable timelines.

He also stressed that the authorities must bring closure to the investigation into the assassination of journalist Daphne Caruana Galizia. Leone Ganado told The Shift he firmly believes that Malta needs to open its doors to foreign participation in investigations and prosecutions of Politically Exposed Persons in criminal activities, particularly money laundering.