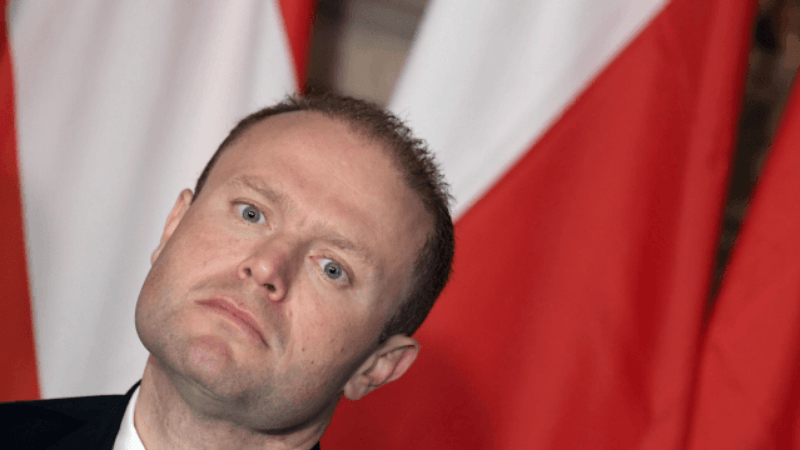 During a press briefing on Monday to which The Shift was specifically not invited, despite being the news portal that raised the issue of an increase in Cabinet salaries, the government confirmed The Shift was right when explaining the increase as “a combination of salary improvements”.

The government explained the increase as the result of new collective agreements and better cost of living allowances. It also emerged that most Ministers and Parliamentary Secretaries were, over and above other perks, taking a yearly and tax free €7,000 “redeemable annual allowance” in cash.

Against this background, the government’s first reaction to The Shift’s findings was the claim that “salaries have remained the same as those in 2013”. Evidently, they did not.

This did not stop news portals from launching headlines stating that the government “confirmed salaries were the same as in 2013 and that allowances have actually decreased”, following the government’s briefing, despite asset declarations filed by Ministers and Parliamentary Secretaries staring them in the face that clearly show an increase in the amounts declared over the years.

Worse, news portals published graphs and charts on amounts declared by the government, but they failed to point out that the amounts cited did not match the actual declarations.

Government spokesperson Ramona Attard said on social media that the members of the press invited were “those who had asked questions”. Yet, The Shift has been sending out questions on asset declarations for weeks, and these got no answers. Instead, the government rounded up a number of journalists excluding the news organisation that first revealed the findings and knew the workings best. For example, it was Jose Herrera’s 2014 declared income as parliamentary secretary that shot up to €61,990, or €20,000 more than he should have earned that year, according to the government’s own workings. The bizarre explanation offered (citing the wrong year) was that it represented a late payment of Herrera’s honorarium as MP between January and 9 March, 2013.

MPs’ honoraria are paid monthly, so it is strange that they would have been paid over 11 months late. The amount, €20,000, seems awfully high for what is essentially two months of the honorarium due.  According to the government’s own workings, this would be in the region of €3,269 per month.

If the right questions are not allowed to be asked, it should come as no surprise that real answers are not received,  or truthful ones for that matter.

So we offer no apology for refusing to reproduce government spin, as a number of questions remain unanswered and figures continue to not add up.

Arnold Cassola has filed a request for the Commissioner of Public Standards to investigate the salaries and allowances of Parliamentary Secretaries. The Shift hopes the Commissioner’s investigation will not stop there, but delve into the income and declarations of Ministers as well as the Prime Minister who stood to gain more than lower ranking government officials.

The news portal said Cutajar referenced a payment structure “which he said was identical to that introduced following the change in government in 2013”.

Yet, representatives of the Nationalist Party in government at the time have made it clear they had introduced no changes. It was the Labour Party in government that introduced changes, as the Principal Permanent Secretary has finally admitted.  What he omitted was that this was done without any public announcement.

Cutajar needs to explain – in precise terms – what change the Labour Party in government introduced (the salary layout handed out to journalists yesterday, although not made available online for organisations like The Shift, does not address that question).

Instead the government resorted to its usual tricks, referring to a “decrease in allowances” since 2013. This is false, and contradicts the assertion of “improved salaries and allowances”.

The information handed out to journalists at the selective press briefing held on Monday latched onto the controversial €500 honorarium to substantiate the assertion that “government allowances have decreased”.

Again, the government is being disingenuous, at best.The honoraria were not only withdrawn, but paid back.

It is also important to note that Cutajar, as a civil servant, should not engage in political sophistry such as selectively publishing salary scales from 2008, a full 11 years back, when analysing this government’s salaries.

The chart above, starting around 2012 and adding the €7,000 per year tax free allowance, that emerged from the government’s Monday’s briefing to selected journalists, is far from flattering. It is this set of numbers, which explain how Parliamentary Secretaries are now declaring they are earning over €60,000, that the press are using for their assertions backing the government line.

The fact that Ministers and Parliamentary Secretaries are (with one exception) all taking the €7,000 per year tax free allowance first emerged in 2016.

The Shift’s probe into seven years of asset declarations by Ministers and Parliamentary Secretaries, in the ongoing investigative series ‘Cover Your Assets’,  was precisely to spotlight inconsistencies, omissions and tricks which both show the lack of effective oversight as well as deception, intentional or otherwise.

A statement by the Department of Information that labelled The Shift’s findings as “fake news”, only led to more twists and turns from the government, aimed at silencing criticism while questions remain pending.

Far from “fake news”, the ongoing investigation by The Shift shows the scrutiny was well overdue on an essential tool in a democracy – declarations of assets. The Principal Permanent Secretary stressed that “there had been a lot lacking in terms of Cabinet members declaring their assets”.

This was made obvious by The Shift’s reports. The question is, what is the government going to do about its Cabinet members who seem to have lied to parliament and to the public on what they earned?

The pen that stung the Republic