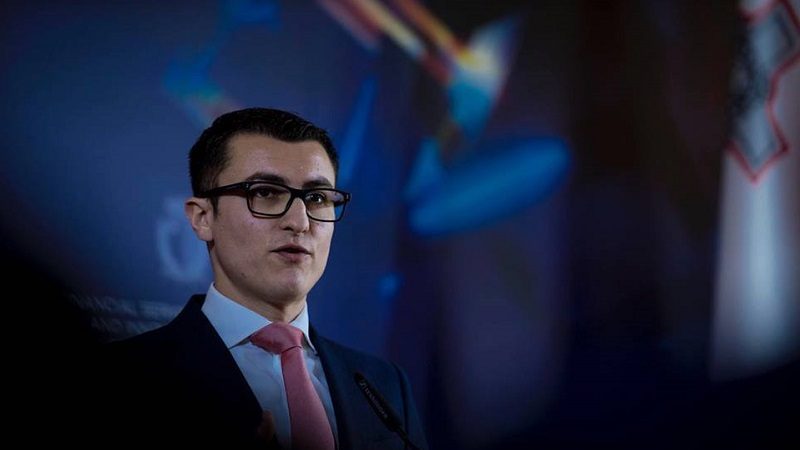 Parliamentary Secretary Silvio Schembri’s income in 2017 was “almost double” the amount he listed in his asset declaration form to parliament, The Times of Malta reported on Wednesday, confirming findings by The Shift on the discrepancy in declared income.

A copy of Cabinet members’ tax returns for 2017 obtained by The Times of Malta showed that Schembri earned €30,000 more in 2017 than he listed in his asset declaration form submitted to parliament.

The report also shows that Deo Debattista, the other Parliamentary Secretary that The Shift reported on in its investigation, did not list €16,000 in his asset declaration form as income he earned in the same year.

In essence, Schembri and Debattista did not include any income in their annual asset declarations for roughly the first six months of the year in 2017. The government had justified the discrepancy highlighted by The Shift’s investigation by stating that they had only declared their income as Parliamentary Secretaries when they assumed the government role mid-way through the year following the general election in 2017.

The tax returns now confirm this was not the full picture. Schembri, who is responsible for regulating the financial services sector, told The Times of Malta that he had not included his previous income as ministry adviser in the asset declaration form submitted to parliament. He said it was a “genuine mistake”.

The net effect, as noted in The Shift’s ‘Cover your Assets’ series, is that both Silvio Schembri and Deo Debattista’s total income appeared to “double” between 2017 and 2018.

False declarations made to parliament and the public are cause for resignation in democracies based on the strong rule of law principles.

This entire episode and reactions to The Shift’s investigative reports on asset declarations followed a pattern and script repeated countless times.

Findings published by the investigative press following months of detailed research are regularly dismissed and waved off as “fake news” by the politicians and their aides involved.

Neither the government’s rebuttal nor the Public Standards Commissioner’s assessment addressed a key question. This is what The Shift reported in the investigative series ‘Cover Your Assets‘ which looked into the asset declarations of Cabinet members over seven years:

Following the assessment by Public Standards Commissioner George Hyzler on a request made by Arnold Cassola for an investigation into the income of Parliamentary Secretaries, a member of the communications staff at the Office of the Prime Minister (OPM), Josef Caruana, took to social media insulting The Shift’s staff and labelling the investigation as “fake news”.

Caruana’s attacks were registered on Mapping Media Freedom, a European platform monitoring threats to journalists in the EU and beyond.

The Public Standards Commissioner, in his report, accepted the government’s argument that the discrepancy in income was due to the fact that they only declared their income half-way through the year. He did not go further and look into whether the Parliamentary Secretaries had actually declared their actual income – a key question from the start.