Henley & Partners has taken exception to a report drafted by the European Parliament’s Special Committee on Financial Crimes and Tax Evasion and denied it has any conflict of interest in citizenship and residence by investment schemes offered by EU countries, including Malta.

In the draft report published this week, MEPs expressed concern over golden visa schemes, such as the one run by Malta, and called on EU member states to phase out all citizenship or residency by investment schemes.

MEPs also raised concerns about the conflicts of interest which arise when companies such as Henley & Partners design and promote such schemes while also being allowed to screen applicants and assist them in acquiring EU citizenship.

They noted that these conflicts of interest “might arise when private firms which assisted the government in the design, management and promotion of these schemes, also advised and supported individuals by screening them for suitability and filing their applications for citizenship or residence.”

But Henley & Partners think otherwise and in a statement the company claimed that “neither Henley & Partners nor any other marketing agent has the ability to influence” the due diligence process in any of the countries that offer these programs.

Upon introducing the citizenship by investment scheme in 2013, the Maltese government entrusted Henley & Partners to screen applicants and once applicants are recommended, government agency Identity Malta would apply its own set of screening processes.

In an interview in which he defended his close relationship with Maltese Prime Minister Joseph Muscat, Henley & Partners Chief Executive Christian Kalin admitted that some bad apples might fall through the cracks of due diligence. 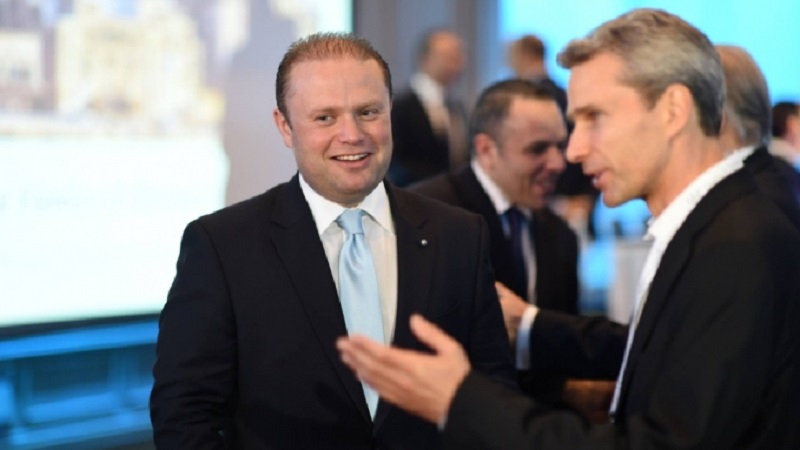 In its reply to MEPs, the company however said that “it is apparent that the authors of this report have not clearly understood the specific roles and responsibilities in the investment migration industry. As is the case in other professional and financial services industries, we offer multiple services to multiple clients, including both governments and private clients.”

Reacting to concerns over conflicts of interest, Henley & Partners said “we do not believe there is a conflict of interest here. It has always been the responsibility of governments to manage the necessary investigation and due diligence process into each individual applicant.

“This process is managed using dedicated governmental resources, the co-operation of national and international law enforcement, security and intelligence services, and finally the contracting of internationally respected due diligence service providers. Neither Henley & Partners nor any other marketing agent has the ability to influence this process in any of the sovereign states that offer these programs.”

Earlier this year, EU Justice Commissioner Věra Jourová said she is “especially alarmed” with Malta’s golden passport scheme as the EU is preparing a crackdown on member states who offer such schemes in a wider drive against corruption and money laundering.

The European Parliament draft report said that the potential economic benefits of these schemes “do not offset the serious money laundering and tax evasion risks they present.”

Malta is among 21 countries which have been put on a blacklist by the Organisation for Economic Cooperation and Development (OECD) for running so-called golden passport schemes which threaten international efforts to combat tax evasion.

The think-tank flagged Malta as one of the countries operating high-risk schemes that sell either residency or citizenship in a report released in October.

The Paris-based body raised the alarm about the fast-expanding $3 billion citizenship by investment industry, which has turned nationality into a marketable commodity and warned that the schemes are open to abuse by criminals and sanctions-busting business people.

While stressing that the economic sustainability and viability of the investments provided through these schemes remain uncertain, MEPs said that “these programmes regularly involve tax privileges or special tax regimes for the beneficiaries” and expressed concerns that “these privileges could hamper the objective of making all citizens contribute fairly to the tax system.”

But in a statement Henley & Partners retorted that there is a clear legal demarcation between investment migration programs and the tax status of an individual. “To combine and conflate these two fundamentally separate areas is perplexing and demonstrates a fundamental lack of understanding of the key issues at play. We do not believe that investment migration should be included in a report that is focused on tax-related issues,” the company said.