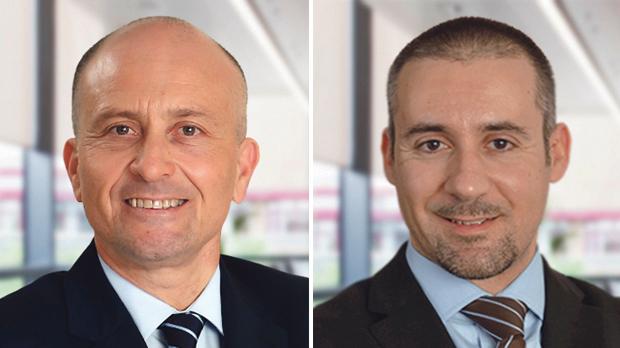 The continued exemption of audit firm Nexia BT from any consequence for their well-documented criminal activities is testament to the hijacking of Malta’s regulatory infrastructure, PN head of delegation MEP David Casa told The Shift News.

This was the reason why Pilatus Bank and Nexia BT were allowed to operate, Casa said.

In a letter to chairman Andrea Enria, Casa said Nexia BT are Malta’s Mossak Fonseca. “They quite literally represented Mossack Fonseca in Malta prior to the Panama Papers leak. They are the architects of the money laundering structures exposed in the Panama Papers.”

On Wednesday, the EBA found the Financial Intelligence Analysis Unit (FIAU) had breached EU law in relation to Pilatus Bank.

Casa noted that the FIAU provided an action plan to address the EBA’s concerns but pointed out that it could not be taken seriously “so long as Nexia BT continues to operate in Malta with impunity”. Together with Pilatus Bank, Nexia BT was at the very centre of multiple cases of corruption and money laundering, he said.

The large-scale corruption Tourism Minister Konrad Mizzi and chief of staff Keith Schembri have been shown to be involved in would not be possible without the complicity of crooked accounting firms and financial institutions.

No action had been taken against Nexia BT. “It’s no surprise – they know where all the bodies are buried. But those at the helm, our institutions, have a duty to the people, irrespective of who appointed them,” Casa said. It was a joke to speak of ‘action plans’ following the Pilatus Bank fiasco while Nexia BT continues receiving government contracts.

Earlier this month, Casa called on the Accountancy Board to convene a disciplinary committee to investigate wrongdoing by the directors of Nexia BT Brian Tonna and Karl Cini – the financial advisers who created offshore setups for Mizzi and Schembri.

He forwarded this letter the EBA together with a leaked FIAU report to forward to their investigative team.

This very report revealed how the FIAU were “very well aware” of Nexia BT’s illegal activities, which were also documented in the Panama papers, and called for police action against Tourism Minister Konrad Mizzi. Following the lack of action by the Maltese authorities, Casa himself presented a copy to the judiciary.

The report details the process to create the money laundering structures and attempts to open bank accounts that were set to receive funds that could not be legitimately explained.

It also revealed how the FIAU was misled by Nexia BT’s Karl Cini who was the designated MLRO and that documents were fabricated to support public statements made by politicians while pertinent information was withheld from FIAU investigators.

It is the FIAU itself that reached these conclusions, making their inaction all the more disturbing, he added.

Despite all this, Nexia BT continues to operate and was never fined, sanctioned or cautioned by the FIAU.

Nexia BT’s clients were at the highest levels of the Maltese government and the lack of action against them is “concrete evidence of the political capture of institutions whose duty it is to protect Maltese citizens and not corrupt politicians,” Casa said.

Action plans were worthless as long as Nexia BT continues to operate without consequence. “It is Nexia BT’s continued operation that confirms the capture of the regulatory authorities and their serious and systemic dereliction of duty,” he said.