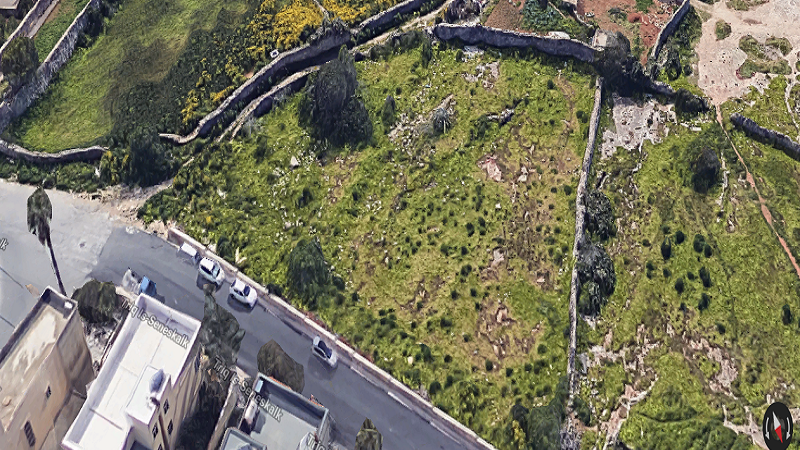 The owners of this parcel of land want to clear the top soil to conduct archaeological investigations.

Calling on the public to submit their objections with regards to the application of the proposed removal of soil in the area known as Tal-Wej between Mosta and Naxxar, Front Ħarsien ODZ called on the developers to come clean on their real intentions for the site.

The removal of the top soil on a 2,800 square metre land parcel is being proposed in the protected area of Tal-Wej in Mosta under the pretext of an “archaeological investigation.”

The archaeological investigation is being proposed by John Mary Micallef who claims ownership of the land parcel. But the site presently enjoys various levels of protection which makes the approval of any development in the area unlikely.

The developers have not stated their future intentions for this site which is located outside development boundaries in San Pawl tat-Targa along Triq is- Seneskalk.

Last month, The Shift revealed that a plot of ODZ land in San Pawl tat-Targa measuring 2,750 square metres located just outside the building scheme is being advertised as “an investment opportunity since it is adjacent to (building) scheme and with plans to be in rationalization for development of terraced houses and villas”.

The tip-off to The Shift came from a newly formed online community called Take the PA to Court  whose objective is to “unite under outrage and grief at the loss of our environment, culture and heritage, and transform that into positive action.”

Speculation on a prospective extension of building boundaries in San Pawl tat-Targa has been fueled by the mysterious “archaeological investigation”.

Front Ħarsien ODZ also expressed concern that if the topsoil is removed, the area will be effectively destroyed and might lead to more urban sprawl in the area.

The area concerned is one of the last remaining lungs between Naxxar and Mosta, if the area is taken up by development, this would continue the urban sprawl.

Din l-Art Helwa  has called for the intervention of the Superintendence for Cultural Heritage and for the Planning Authority to ask the developers to present a full application stating their intentions for the site.

Residents who live in the vicinity of the ODZ area described the proposed soil removal as a “pretext for a future application.”

Parts of the Tal-Wej area were included in the development zone through the rationalisation exercise of 2006.