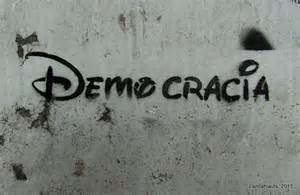 Prof Kevin Aquilina, the Dean of the Faculty of Law at the University of Malta, shares his views on the steps the country needs to take for the strengthening of democracy.

Malta is at a crossroads. Since Independence, it has made substantial strides in various sectors, notably infrastructure, communications, maritime affairs, aircraft legislation, financial services, gaming and tourism. Yet it has lagged behind in other sectors.

Such sectors relate to the development of democracy; respect for human rights and the rule of law; strengthening of good governance; introducing a better separation of powers between the three organs of the state so that they check and balance out each other better. Others relate to adopting wider transparency and accountability measures; and taking concrete steps to fight corruption and the perception of corruption.

More needs to be done in these areas to develop a vibrant democratic society where the State institutions are perceived to be working for the common good, transparently and in full compliance with the dictates of the law, where human rights are safeguarded, where government leads by example, where citizens trust the institutions which administrate power in their name and where, overall, citizens are proud to be associated with the State of Malta and its institutions and to be called ‘Maltese’.

Various measures are needed to turn a democratic deficit into a vibrant, democratic and pluralistic society:

These are but a few instances of where Malta should have moved since Independence. If there is no political will for such action to be taken – and the last 53 years of Malta’s statehood have demonstrated this – then it will have to be civil society and the fourth and fifth estates to guide our politicians in that direction.

Only time will tell whether such efforts will be successful or not.