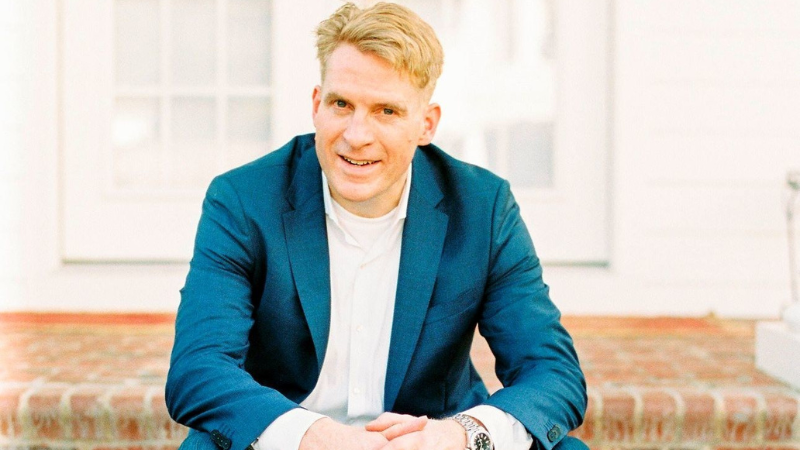 American billionaire insurance magnate Greg Lindberg, who set up shop in Malta in 2016 and now stands accused of defrauding investors out of $75 million through his Maltese company

Christopher Herwig, who stands accused together with billionaire insurance magnate Greg Lindberg who had set up shop in Malta with a flurry of publicity, has pleaded guilty to conspiracy to defraud the United States through a company set up in Malta apparently for the explicit purpose of running the “elaborate” fraud.

The US Securities and Exchange Commission (SEC) in August charged Lindberg, Herwig and their Malta-based registered investment advisory company, Standard Advisory Services Limited, with defrauding clients out of more than $75 million through undisclosed transactions that benefited only themselves and their companies.

Herwig worked for the conglomerate from August 2010 to August 2020, according to the court documents. The documents also claim Herwig worked as a director/trustee and chief investment officer/treasurer of the companies.

The court documents claim the scheme took place from January 2016 through at least 2019. They claim the scheme tried to skim money from the various businesses for Lindberg’s benefit while concealing it from regulators at the North Carolina Department of Insurance.

The documents claim Lindberg, Herwig and an unnamed third employee “extracted hundreds of millions of dollars from various insurance companies through a series of loans and related financial transactions to fund the acquisition and operation of other [Lindberg] companies”.

That included skimming about $55 million from his companies through the scheme and using the money to purchase a mansion for Lindberg and “tennis facility properties” in Chapel Hill.

The Shift reported at the end of August that Lindberg, Herwig, and the Malta-incorporated Standard Advisory had been charged with violating the antifraud provisions of the US Investment Advisers Act of 1940, and that the disgorgement plus prejudgment interest, penalties and permanent injunctions were being sought by the US authorities.

Standard Advisory Services Limited had been issued with a Category 2 Investment Services Licence by the Malta Financial Services Authority. At the end of September 2020, the licence was cancelled after it was surrendered “entirely voluntarily”, according to a statement by the MFSA at the time.

The Malta-based SASL was registered with the SEC as an investment adviser from November 2016 until it withdrew its registration on 1 October 2019. Lindberg indirectly owned SASL, and Lindberg and Herwig were directors of SASL and members of SASL’s investment committee.

Lindberg had also registered a reinsurance company in Malta, Standard Re, in April 2015. It held Class 1 and Class 2 insurance licences issued by the MFSA before its licence was similarly surrendered at the end of 2018.

The Maltese company’s directors are Maltese national Joseph Grioli, a businessman known for having set up Vodafone Malta, American Marc Howard Greenspan, and Malta resident Thomas Schildhammer.  Grioli has been on the board since it was formed in 2016.

The court documents released last week do not mention the “third employee” by name.

I never took a penny – Lindberg

Responding to the “false allegations about him that were included in the Justice Department’s criminal filing against Christopher Herwig”, Lindberg came out swinging, insisting that the operations run through Malta were perfectly legitimate.

“I invested over $500 million in my insurance companies. I never took a penny of dividends. The allegation that I somehow defrauded them while investing $500 million in them and taking no dividends is entirely absurd,” Lindberg he said through a public relations agency on Thursday.

“I also hired over 100 investment professionals, lawyers, and accountants and spent tens of millions of dollars on their compensation to ensure that insurance reserves were invested according to the affiliate loan compliance plan that I personally drafted.”

He insisted that this detailed affiliate loan compliance plan mandated that the insurance investment team follow a whole series of processes to comply with the laws and regulations governing these loans.

Appearing to absolve himself of responsibility for the fraud, he added, “In this compliance plan I appointed six individuals to the clearly defined Investment Compliance Department and Insurance Investment Underwriting Team. I was not one of those individuals.”

“This case is simply to attempt to pressure Greg Lindberg and paint a negative picture of him in the press,” Estrich said. “There was no loss to anyone.”

Let see what ROBBER Abela will do.
I expect him hidden under a stone.
As usual.

Think of what a corrupt person may look like and his photo to me looks like that person,also he is named in the panama papers which also says it all for me?