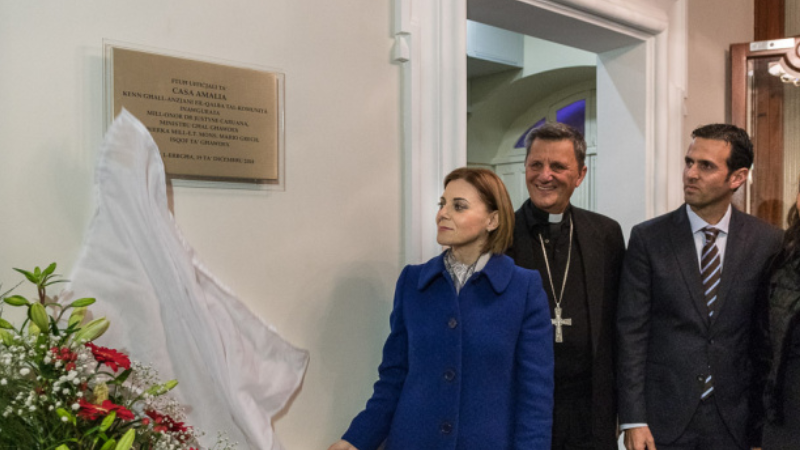 Casa Amalia, a privately owned dementia facility in Gozo dependent on a 2018 direct order from the Gozo Ministry costing taxpayers more than €500,000 a year, does not have a single member of staff specialised in the care of dementia patients.

An audit by the National Audit Office also found that while the government was paying some €120 a day for each patient using the facility, the Gozo Ministry relied on information provided by the facility itself when it came to issuing payments.

Moreover, inspections are rarely being conducted to ensure the contract’s conditions are being adhered to, the investigation found.

Inspections by the ministry are few and far between, and the facility’s administrators prearrange them.

On at least one occasion in February 2021, the ministry’s part-time inspector was not even allowed inside the facility when “a Casa Amalia carer informed her that she could not enter the premises as it was a Saturday and the person in charge was not present”.

But instead of insisting on her right to enter the premises to inspect it, as stipulated in the contract, the inspector left the facility empty-handed.

The NAO also questioned why the government is paying for an additional three unutilised beds per day, even though the facility never reaches anywhere near its total capacity.

Since then, the contract has been modified three times by direct orders that increased payments for the owners, ICare Ltd.

Set up just a few weeks before the direct order’s signing, ICare is owned by three Gozitan building contractors.

Simon Grech, who owns 50% of the company, is a well-connected contractor and has received a number of government tenders and direct orders. His partner, Maria Farrugia, works as a person of trust for Gozo Minister Clint Camilleri. Grech’s two partners at Casa Amalia, who own 25% each, are Carmel Portelli and Alan Portelli, who are both involved with Grech through GP Contracting Ltd.

Casa Amelia is not the only facility that provides care for dementia patients in Gozo.

The government-owned 18-bed Dar Padova in Għajnsielem provides the same service but has an average of just six patients, raising questions as to why the government saw the need to have financed a private enterprise.

In contrast to Casa Amalia, most of the staff at Dar Padova are specialised and receive continuous training in the care of dementia patients.

While most people with dementia are struggling to find adequate and appropriate services they are bearing the weight of caring alone and in solitude. More Home-Based Care Services are needed. We have some excellent professionals in Malta. We need to decentralize control and have an independent body composed of family caregivers and clinicians overseeing national service coordination.

How low could you go using dementia as a front to scam half a million a year off taxpayers?

True just another rip off

Mr. Gafa as Police Commissioner, is dutybound to press charges, against the “public servants” (including ministers) who signed off and are still allowing this daylight robbery.
If he fails to do so in a timely & appropriate manner….he joins them in crime!