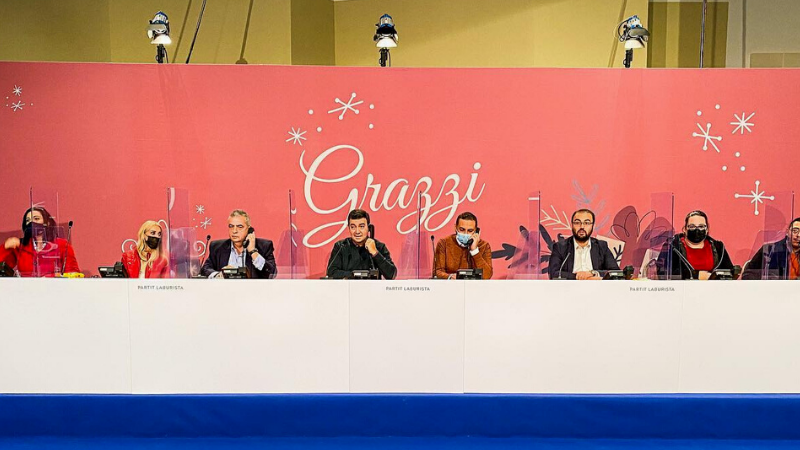 Labour also declares spending less than PN in the 2017 general elections, despite an evidently costlier campaign

Large Maltese business conglomerates, mainly in the construction industry, have been bankrolling Labour since at least 2016, according to official reports filed with the Electoral Commission.

However, according to the same reports, between 2016 and 2018 Labour declared receiving fewer donations than the PN and also declared that it spent less than the Opposition Party during the 2017 electoral campaign despite clearly trouncing the PN in expenditure.

An analysis by The Shift of the first donation reports filed with the Electoral Commission between 2016 and 2018 show that while the PN declared receiving more than €6 million in donations, the Labour Party, in government during this period, declared receiving less than €4 million (see table).

In the last general elections held in June 2017, Labour declared spending just €1.1 million, less than the €1.3 million declared by the PN for the same campaign despite, as is happening again this time round, Labour running a much glitzier and costly electoral campaign than the PN.

Since 2016, when the new Party Financing Law entered into force, all Maltese registered political parties were obliged to present to the Electoral Commission a copy of their annual audited accounts and a donations report.

While all these reports were presented until 2018, no reports have been made publicly available yet for 2019 and 2020, since Labour has not given its reports to the Commission. At the same time, the PN has presented all its reports until 2020, although late, but the Commission is still waiting for Labour’s reports before publishing.

The Commission, in which only the PL and the PN are represented, decided to give a ‘concession’ for the presentation of the required reports for 2019 and 2020, which now have to be presented “only after three months from the government’s decision to lift Covid social contact rules”.

This open-ended concession means that the three-month period has yet to start.

Financial practitioners told The Shift that although the presentation of these reports is a step in the right direction, these must be taken with “a good pinch of salt” as parties have been granted a raft of loopholes to submit their declarations, particularly when it comes to donations.

It is also almost impossible to verify the declarations made by political parties in their declarations.

According to law, political parties have to disclose the name of benefactors only in the case of donations of €7,000 or over, both in case of corporate entities or individuals.

While the PN declared that it raises most of its donations through fundraising activities, particularly telethons, with most of the donations from the same source being under €50,  it declared that it did not receive any donation larger than the €7,000 benchmark.

On the other hand, large contractors have pumped regular donations into the Labour Party, especially before the last general elections.

In 2016, Labour declared that it received thousands from Attard Brothers Company Ltd and Eurocraft Ltd, a subsidiary of the former, owned by contractor Michael Attard from Mosta.

Other declared large donations were given to the Labour treasurer by the Vella family of Mgarr, owners of HalMann Vella Ltd, BV Formosa Co Ltd, owners of the Bella Vista Hotel in Qawra, Camland Ltd owned by Charles Camilleri known as Tal-Franciz and mega developers GAP Holdings, owned by George Muscat, Adrian Muscat and Paul Attard.

All these big businesses have somehow been involved with the Labour government, particularly with regards to mega direct orders and Planning Authority permits for large developments.

Charles Camilleri is currently also the director of Jerma Developments Ltd, together with Gozitan magnate and undeclared Labour donor Joseph Portelli who wants to turn the former Jerma Hotel in Marsascala into a mixed residential development.

A yacht marina project, slated to complement the Jerma development has been proposed by Labour but has been taken off the plan following public uproar in view of the upcoming general elections.

In 2016, Labour also declared a €10,000 donation from Seaview and Sons Ltd – the owners of the Pit Stop petrol station in Attard. Just a few days ago, the same owners were given a new planning permit to double the size of their fuel station in Marsascala, absorbing some 1,500 square metres of agricultural land.

In 2017, during the electoral campaign, the owners of the Pavi and Pama supermarkets also dipped their hands into their pockets to help Joseph Muscat become prime minister once again.

According to the Labour report, in June 2017 it received a €15,000 donation from a certain Marlene Gauci. While no details were given about this generous resident from Magħtab, she is the wife of Paul Gauci, the owner of a number of companies including the ones that own the Pama shopping village in Mosta and the Zara franchise in Sliema.

Another contractor, Tarcisio Galea Properties Ltd, also donated thousands to Labour in 2017. Galea, also from Mosta, is involved in many other business ventures.

It is known that Labour and individual MPs receive donations from many other businessmen, particularly contractors. However, no declarations about their donations have been made so far. Only yesterday, The Shift revealed how Robert Abela was the guest of honour of developer Joseph Portelli and other contractors during a dinner in Gozo on the eve of Labour’s latest fundraiser.

According to the law enacted in 2015, “political parties shall not receive donations which are evidently made in the expectation of, or in return for, some specific financial or political advantage”.

It is an open secret that in the current political system, both major political parties survive on donations from business interests.

No State funding legislation, as exists in many EU member states, has ever been introduced in Malta. While the PN supports such legislation, the PL opposes it.

Labour use other terminology for donations. They use “consultancy” or “for services rendered” You should have asked Gino Cauchi or even Yorgen Fenech how they do it.

One must highlight that the audited accounts of the PN include income from their district clubs, however the PL makes a disclosure note, that all sectional clubs are considered as independent entitities and are therefore not consolidated in the main accounts. This gives rise to abuse and circumvention of the laws, as big donations could be camouflaged in the income of the clubs.
As regards the results of the media companies, although audited financial statements have not been presented by both parties for over 10 years, one can quantify the losses made over the years by the PN Media Communications, as this is included yearly in the accounts as a reinbursement of the loss which amounted to around 17 million up to 2 years ago, however no such reinbursements appear in the PL accounts, meaning that the PL made profits.
The profits of the PL may be the result of more adverts and possibly at higher rates, commissioned by the Government and its agencies, as well as the shift of employees to the Public Sector as persons of Trust and Customer Care representatives, thus reducing
the wage bill for their media company.
It is also appropriate to highlight that the PN owns most of its clubs’ immovable properties, whereas the PL makes use of requisitioned properties in key locations, at low rents.