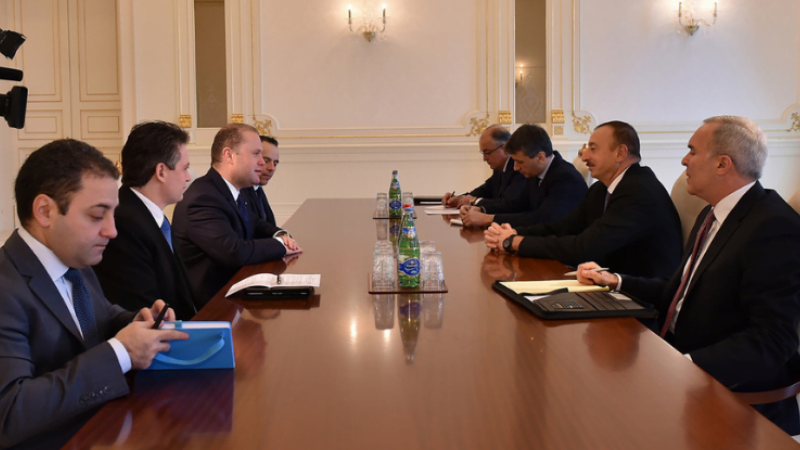 A UK court ordered on 31 January the seizure of £5.6 million (€6.6 million) from bank accounts belonging to multimillionaire Azerbaijani politician Javanshir Feyziyev and his family due to links with the Azerbaijani laundromat, a complex money laundering set up used by Azerbaijan’s ruling family.

In 2017, Feyziyev’s company, AvroMed Company LLC was exposed by the Organised Crime and Corruption Reporting Project (OCCRP) as one of the links of the chain of the Azerbaijan laundromat, a network featuring four UK-registered shell companies which laundered $2.9 billion (€2.5 billion) in just two years. Feyziyev had denied any wrongdoing or association with money laundering, targeting OCCRP with a libel suit in 2017.

AvroMed was cited by OCCRP as the second biggest beneficiary of Azerbaijan laundromat funds, with more than $138 million (€120.7 million) received by Feyziyev’s company between August 2013 and December 2014. Feyziyev is a close associate of the Aliyev family and acts as one of the regime’s key lobbyists with the European Union.

Azerbaijan’s ruling family, the Aliyevs, notorious for resorting to caviar diplomacy and aggressive reputation management, own a mysterious shell company that holds an account at the International Bank of Azerbaijan. Almost half of the $2.9 billion laundered through the laundromat system originated from this account.

Azerbaijan’s interests in Malta have been the subject of multiple investigations carried out by this newsroom – in particular, Azerbaijan’s state-owned oil company (SOCAR) had obtained a security-of-supply contract for gas to serve the Electrogas power station.

Recently, Leyla Aliyeva, the daughter of Azerbaijan’s president, was mentioned in connection with disgraced former energy minister Konrad Mizzi while he was testifying about his role in the Electrogas power station contract. Mizzi refused to answer direct questions about secretive trips to Azerbaijan or alleged links with Leyla Aliyeva.

Besides the Electrogas deal, Mizzi has also been linked with corruption and money laundering over other scandals such as the concession of three of Malta’s public hospitals and the Montenegro wind farm saga. Mizzi is scheduled to appear at another parliamentary committee hearing on the Electrogas deal on Wednesday at 2pm.

In court, the UK’s National Crime Agency (NCA) also highlighted how the documents that were provided by Feyziyev and his family to justify money that flowed through their bank accounts were “entirely fictitious” and were essentially produced fraudulently to mask the origin of the funds.

The NCA’s ability to seize £5.6 million without needing to prove the exact nature of the source of Feyziyev’s funds contrasts starkly with arguments being pushed by defence lawyers in money laundering cases in Malta that include assets frozen, in which defence lawyers are arguing that the burden of proof should be placed on the prosecution rather than the accused.

Same modus operandi and same high profile figures involved time after time and yet the Commissioner of Police and Attorney General seemingly think there is insufficient evidence to start prosecutions.

And then we’re told to trust in the institutions which uphold the rule of law, which are meant to ostensibly be free from political interference. A concept which the Council of Europe, the FATF and the US State Department etc struggle to get to grips with and understand to be the case in reality.

The oppression of silence