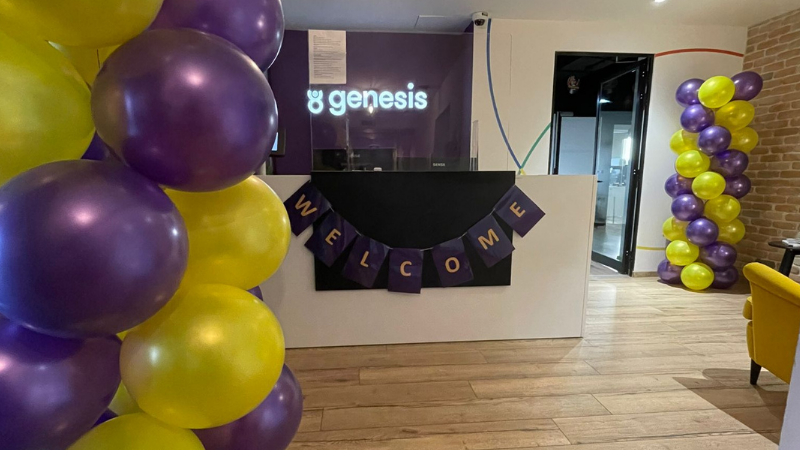 The company, which according to Dun & Bradstreet generated over $10 million (€8.7 million) in annual revenue in 2016 alone, committed three anti-money laundering breaches and at least three social responsibility violations, leading to the decision by the UK’s Gambling Commission (UKGC) to levy the fine.

In June 2020, the UKGC’s had already suspended Genesis Global’s licence to operate in the UK for a period of three months.

Besides the £3.8 million fine the UKGC said in a statement on 27 January that it had also informed the gaming operator that it will be made to submit to “further, extensive auditing”, with the commission’s executive director firing off warning shots at operators in general by stating that they should “pay very close attention” to the UKGC’s handling of the case.

The anti-money laundering breaches committed by the company in the UK include at least two cases in which Genesis Global failed to adequately monitor clients’ accounts despite the level of betting activity not matching clients’ sources of income, also not adequately scrutinised.

The company also failed to intervene before at least three identified clients lost hundreds of thousands of euro in the span of a few months, far more than what the company should have allowed them to spend given that gaming operators should be informed about how much their clients could reasonably afford to spend.

Genesis Holdings Ltd is the main shareholding company behind Genesis Global. The main shareholding company is BDO Consult Ltd, which is holding the shares as nominee for multiple beneficial owners with one Yaniv Maydan registered “in his capacity as director”. While the exact ownership structure of the group of companies is not fully clear, Genesis is listed as one of Meydan Group’s portfolio companies.

Both Genesis Global and Genesis Holdings are listed as registered in Ta’ Xbiex. Genesis Holdings’ main shareholder company, BDO Consult Ltd, is in turn linked with a group of financial services companies known as BDO International.

According to BDO’s own website, in 2021 all BDO firms across the world raked in $11.8 billion (€9.6 billion) from account-related fees alone. The local branch, BDO Malta, provides corporate services including auditing, compliance, advisory and consultancy services, company incorporation and even gaming licensing, among other services.

Questions have been sent to the Malta Gaming Authority (MGA) to determine whether there were any instances in which fines or warnings were issued to Genesis Global in its local operations since it was first set up in 2014. The company’s latest filed accounts at the Malta Business Registry are from 2017. Companies are obliged by law to file audited accounts every year.

In its responses, the MGA referred to its public enforcement register, which did not feature any references to any enforcement orders issued against Genesis Global or any of its related companies.

“It must be noted that not all enforcement actions issued by the Authority are made public, in line with the Gaming Compliance and Enforcement Regulations and the Guiding Principles for the Application of Enforcement Measures. The MGA is following the highlighted matter closely and following up internally, in accordance with the established procedure for such cases,” a spokesperson for the MGA told The Shift.

“It is pertinent to note that the Authority cooperates with various other jurisdictions to gather knowledge and fully understand the details of such cases. If deemed necessary, the Authority will follow up such instances to ensure it has attained all the necessary information to take further action itself,” the spokesperson added.

When will the Malta Gaming Authority publish the full list of direct orders which it awarded from 2013 onwards?

When will the Malta Gaming Authority publish the full list of sponsorships which it dished out from 2013 onwards?

These questions have been asked in Parliament months ago. Silvio Schembri (and MGA) refuse to divulge this info.

The Internal Auditor of MGA, James Grech, was awarded direct orders from the Authority he works for.

Why does MGA pay Labour pollster Vincent Marmara more than 5,000 euro per month? It has been paying him such a huge sum for many years.

Regulated business, including gaming, should never be allowed for companies with nominee shareholders as in this case with BDO as nominee. Regulated business should be transparent. Gaming Authority has no morals in aiding and abetting opaque structures. What is important for them is mere numbers biex niftahru.

I wonder what odds they would offer if you wanted to place a bet that no action will be taken against them?