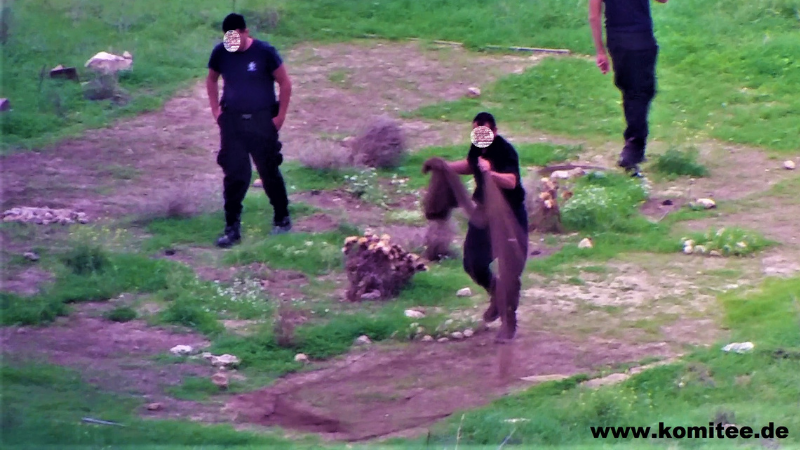 A poacher was caught trapping birds illegally yesterday morning, just 24 hours after he was convicted for the same offence, the Committee Against Bird Slaughter (CABS) said today in a statement.

CABS said one of its teams filmed and reported a man who was trapping finches on an unregistred trapping site and without any permit in Migra I-Ferha. The NGO said the police responded swiftly, arrested the trapper and confiscated 20 live finches as well as a large set of clap nets.

“Our video evidence clearly shows that it was the same person who on Thursday – barely 24 hours before being caught again – was convicted for illegal trapping during the closed season in spring 2019“, CABS Press Officer Axel Hirschfeld said. This makes the illegal trapper “the Usain Bolt of repeat offenders,” Hirschfeld said.

CABS said the police have confirmed that the man is in fact the repeat offender who stood trial the day before he was caught again.

The illegal trapper’s case from 2019 was also based on a CABS team’s report. The activists filmed the man as he was caught red-handed on 19 March 2019, also in Migra I-Ferha. The case came to court on Thursday this week, when Magistrate Elaine Mercieca fined him 1,500 Euros and ordered the revokation of his trapping licence.

“Apparently the penalty did not deter this man to continue with his selfish and illegal hobby. However, when he was arrested yesterday we could see that he was visibly shaken as he did not expect to be nabbed again so soon,” Hirschfeld said.

Bird trapping has been a major issue in Malta’s dealings with the EU Commission for years as the latter battles against the government’s insistence on accommodating the hunting and trapping lobby in defiance of a 2018 ruling in the European Courts of Justice which pointedly declared that trapping should not be allowed under the EU Birds Directive.

Conservation NGO BirdLife Malta yesterday filed a judicial protest against the Environment and Gozo ministries as well as the Environment and Resources Authority and the Wild Birds Regulation Unit, which it is holding responsible for authorising a law that allows for illegal finch trapping under the guise of research.

The law, which was repealed only to be quietly reinstated overnight a few days afterwards, was not subjected to public consultation as is required by Malta’s Environment Protection Act, the NGO said in a press statement.

“Nobody is above the law. Both the Environment Minister and the Gozo Minister need to respect the environment laws to the full and we strongly believe that they have breached the Environment Protection Act,” BirdLife CEO Mark Sultana said.

Lock them in a cage like they did witht he Birds

The scourge of twisted logic