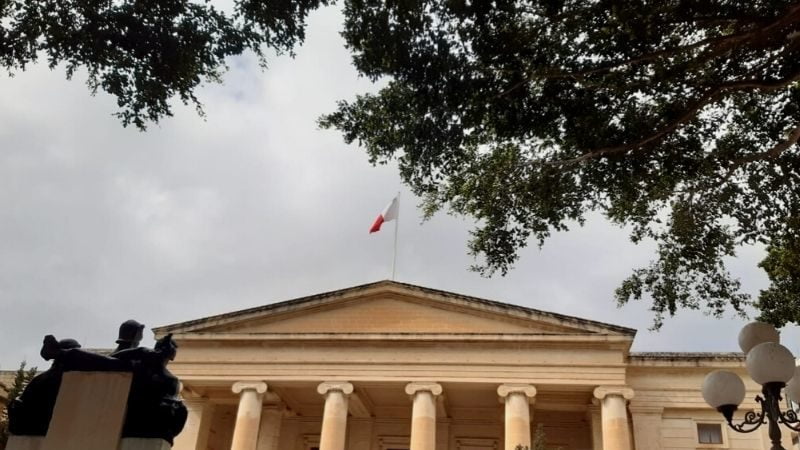 In his testimony on Monday, hitman Vince Muscat gave further insight into the activities of the suspected bomb suppliers’ Robert Agius Tal-Maksar and Jamie Vella, their travels for drugs and procurement of weapons from overseas.

Muscat told Magistrate Caroline Farrugia Frendo about the pair’s procurement of weapons for the hitmen, as well as their ties to drugs in Italy, adding on to the testimonies by police officers two weeks ago, who had already painted a picture of the group’s activities by describing the objects they seized.

Muscat, who pled guilty to his involvement in the assassination of Daphne Caruana Galizia in February, was speaking in the compilation of evidence against George Degiorgio, Jamie Vella, and Tal- Maksar brothers Robert and Adrian Agius.

The compilation of evidence is focused on two crimes by “the same criminal organisation”. The Maksar brothers have both been charged with commissioning the 2015 murder of lawyer Carmel Chircop. Robert Agius and Vella are charged with supplying the car bomb which killed Caruana Galizia. Vella and Degiorgio have been charged with executing Chircop’s murder. In a separate court case, Degiorgio is also facing charges for carrying out the murder of Caruana Galizia.

Muscat, who was also involved in both murders, was given a presidential pardon for the murder of Chircop and was sentenced to 15 years in prison for the Caruana Galizia murder.

During his testimony, Muscat told the court how they got their hands on guns to kill Caruana Galizia, which were provided by Agius and Vella. Besides three rifles, they were also given an AK47 for “protection”.

Asked how he knew they were given by the pair, Muscat said that, besides having spoken about them in their hangout spot – the ‘potato shed’ in Marsa –  the guns were left for them in a garage for which only the suspected hitmen and bomb suppliers had a set of keys. He added that he knew the two would “get weapons from abroad”. Muscat also that Vella would often test the guns at his farmhouse on the outskirts of Mosta with Muscat present.

The bomb was also procured from abroad, Muscat said. Asked by Inspector Keith Arnaud how the plan for the bomb began, Muscat said George Degiorgio had told him that “Robert and Jamie” would be getting them from Italy.

Muscat said the two would travel to Italy often, and had many Italian friends and contacts. He said that Vella would go abroad monthly and once even went to the potato shed to watch a catamaran from Sicily coming in.

During questioning by George Camilleri from the Attorney General’s office, Muscat said that sometimes Agius would also go down to the potato shed with his brother Adrian to observe the catamaran. “Perhaps for drugs,” he added.

The magistrate asked if they ever gave a reason as to why they were going to Italy. “No not for work, for some drugs, I would hear them say,” he said.

Asked about the relationship between the Degiorgios, Agius and Vella, Muscat said they used to work together. He added that he had known both Agius and Vella since 2015 and 2014 respectively, but was familiar with the ‘Maksar’ family since Agius’ father had died at Butterfly Bar in Birkirkara in 2008.

Much of the questioning by George Camilleri from the Attorney General’s office focused on the garage in Naxxar, which Muscat said was specifically chosen as it was in the vicinity of Bidnija.

Jamie Vella and Robert Agius had told George Degiorgio that they would be able to use the garage, who in turn relayed the information to Muscat, the hitman said.  The Degiorgios were given a set of keys that Alfred Degiorgio would always have on him, according to Muscat.

The garage became the main location for the transfer of weapons that were used in the murder. The three rifles were placed in the garage for the hitmen to choose from, and eventually, when the first plan to shoot the journalist fell through, the bomb was eventually placed in that garage for the second attempt. Vella and Agius had then taught the three how to detonate it, according to Muscat.

It was also in the Naxxar garage that the hitmen learnt how to unlock the journalist’s car, by practicing on a replica that was borrowed for a few hours.

In the beginning of the court sitting, Farrugia Frendo turned down a request by Degiorgio’s lawyer William Cuschieri to separate the case of his client from the others.