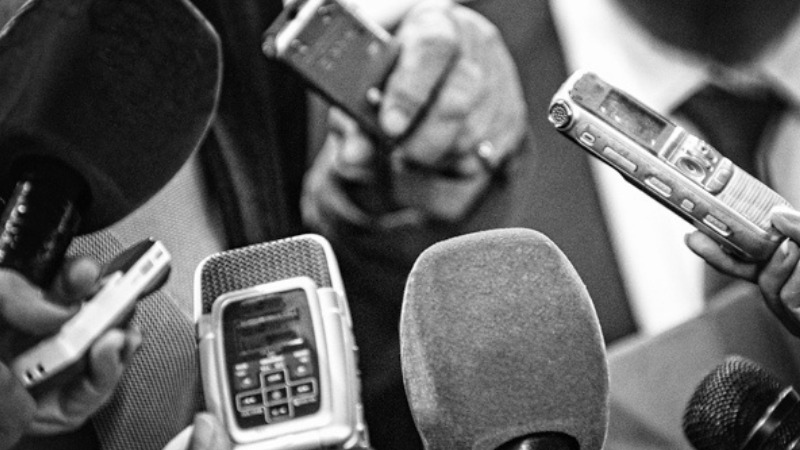 Journalists are receiving legal threats at an ‘alarming’ rate – report

The UK is “by far” the most frequent country from which legal threats to investigative journalists originate, other than the journalists’ home countries, according to a report published by think-tank The Foreign Policy Centre, and supported by Justice for Journalists Foundation.

The report, ‘Unsafe for Scrutiny’, published in November, analysed replies from 63 investigative journalists working on financial crime and corruption in 41 countries.

Respondents expressed concerns about a variety of threats. Legal threats were highlighted as an area of particular concern,  with 73% of all respondents having received communication threatening legal action as a result of information that they published. In its conclusion, the report called the rate at which journalists are receiving legal threats across the board “alarming”.

“The fact that such a high proportion of respondents are receiving communication threatening legal action, some with a certain degree of regularity, is alarming,” the report states.

According to the survey results conducted by @FPCThinkTank among over 60 journalists from 41 counties, 71% of respondents said that they experienced threats and/or harassment while working on investigations into financial crime and corruption: https://t.co/FrcMdkQdmw

The UK stood out as a frequent source of such legal threats, with the number of threats from the UK matching those from both EU countries and the US combined.

In Malta, such threats, also known as SLAPPs (Strategic Lawsuit Against Public Participation) from the UK, were experienced by assassinated journalist Daphne Caruana Galizia who was threatened with libel suits from law firm Mischon de Reya. The Shift has also faced a number of SLAPP threats, including from Henley & Partners, Turab Musayev (who was the representative of SOCAR in the Electrogas deal), the Croatian behind the White Flag scam exposed by this website, Kristijan Curavić, and Russian banker Ruben Vardanyan.

The journalist had revealed correspondence between Henley & Partners and disgraced former Prime Minister Joseph Muscat, his chief of staff Keith Schembri, then-Justice Minister Owen Bonnici, and Identity Malta chief Jonathan Cardona in which they had approved legal action against her.

By the time she was assassinated, the journalist was facing over 40 defamation lawsuits from businessmen and politicians, a situation noted by the think-tank in the report.

In a study by the Committee on Civil Liberties and Justice of the European Parliament (LIBE) in August, the report singled out Malta as an example of the vexatious threats, meant to cause financial losses to media organisations.

From these legal threats noted in the think-tank’s report, the main legal communication to respondents (91%) was defamation pursued as a civil case. The UK was also found to be linked to numerous cases in another way – at least 61% of the respondents reported that their investigations had uncovered a link, directly or indirectly, with the UK’s financial and legal jurisdictions.

“While legal representation, and the right to defend yourself against spurious claims, is an important feature of democratic societies, the misuse of legal systems in an attempt to shut down public interest reporting must also be seen as undemocratic,” the report states.

The imbalance of power between those who have the funds to pursue vexatious legal action unchecked, and journalists who have limited resources to defend themselves is considerable, it said.

“Legal action can threaten the journalist’s ability to continue working, in a perhaps less scandalous and more seemingly legitimate way, but can create a similarly chilling effect on media freedom to more overt violence or attack. Moreover, vexatious legal action is a form of threat that, if not made public by the journalist themselves who may fear further reprisals, can take place hidden from view,” the report continued.

Although the impact is mainly felt by the journalist, the wider repercussions are also felt by society, it said.

The legal threats are not the only threats that the investigative journalists experienced. Over 71% of the respondents said they have experienced threats and/or harassment while working on investigations. They included verbal and written threats, and social media trolling. Threats and harassment with notable psychological impact were the most highly reported, according to the survey.

The report also found that a higher proportion of women reported facing threats and harassment than men (76% and 68% respectively).

When asked where the threats against them were coming from, respondents identified the highest originator of threats as corporations, followed by organised crime groups and the government in the journalist’s home country.

Perhaps one may suggest that when such practices are found to be with bad intent (prior knowledge for example), the originator of the SLAPP action should be fined a substantial amount, commenturate with the financial power of the organisation or individual concerned. That will make them think twice before starting such legal actions.