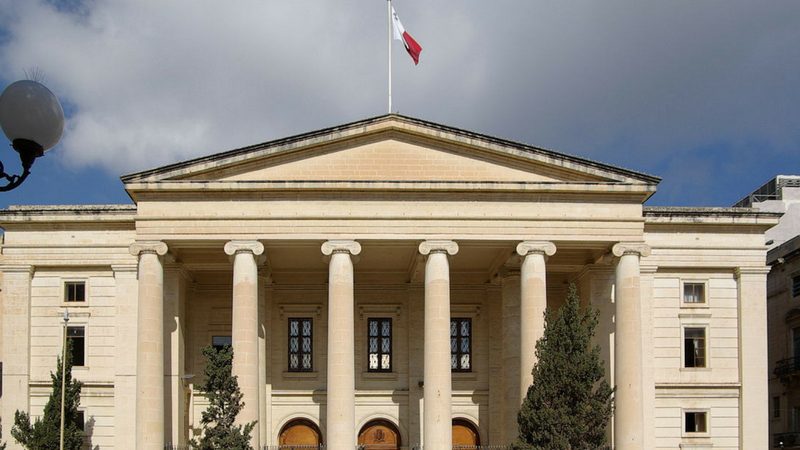 Social distancing rules and restrictive measures introduced to stop the spread of COVID-19 in the law courts are not being respected, the Chamber of Advocates has said, warning that it was prepared to issue directives to its members if problems persist.

Writing to the CEO of the law courts, Frank Mercieca, the Chamber said that a number of its members have complained about the complete lack of controls: “An investigation carried out by the Chamber confirms that the protocols agreed upon are being blatantly violated and, despite the clear breach, nothing is being done to solve the issue.”

The letter referred to long queues gathering every morning outside the court ignoring social distancing measures.

“For some reason, it was decided that the side door that was used by lawyers was closed down causing a larger volume of people to gather in front of one entrance,” the Chamber said in its letter seen by The Shift.

It pointed out that only one out of two temperature scanners used at the main entrance is actually working, causing long queues of people waiting outside to enter. Due to the fact that certain appointments for court hearings are not being respected, the corridors outside the halls are packed with members of the public and lawyers because of overlap, the Chamber added

Mediation cases are being heard in small, windowless rooms with no ventilation, the letter pointed out.

The Chamber expressed its frustration at that the fact that “despite clear irregularities, there seems to be gross indifference from those who are supposed to check that the protocols are being respected.”