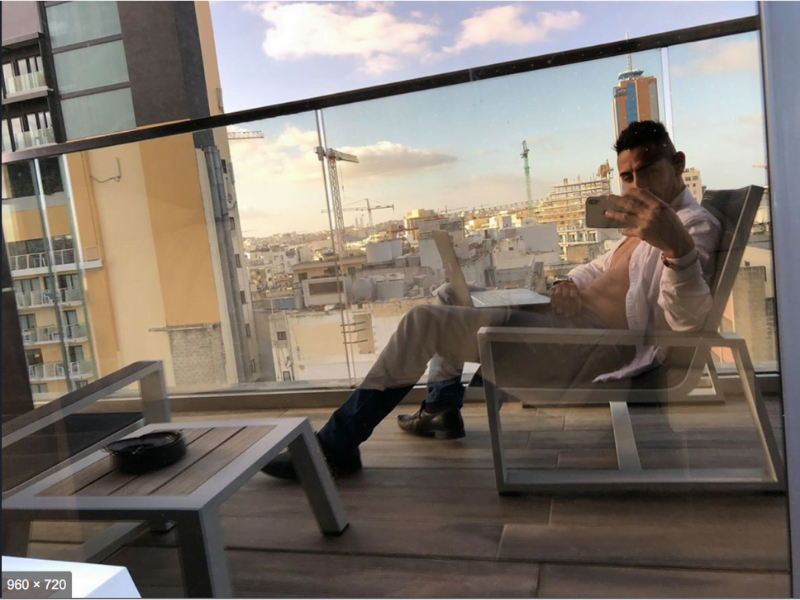 Jomic Calleja is charged with attempting to import lethal chemical substances into Malta.

For a country that sells a bright image of sun and sea and a welcoming island where people are friendly, far too little is said about its dark underbelly – foreigners die in mysterious circumstances and families get no answers, car bombs explode killing people and it’s business as usual, and now we have a bright spark who tried to import deadly substances for an unknown target.

And hardly a whimper.

The last seven years have seen an unprecedented surge in corruption and financial crime enabled by a Labour government that systematically tore apart all the institutions whose purpose is to ensure that these things do not happen.

Jomic Calleja, 34, was accused of trying to import deadly substances of the type used for assassinations – Polonium 210 and Ricin, among others.

The substances the accused tried to import are no common poisons; they are extremely lethal.

One gram of Polonium 210 can kill 50 million people. Polonium 210 is the poison used to kill former Russian spy Alexander Litvinenko in London in 2006. It is also suspected that Yasser Arafat was assassinated with the same substance.

Polonium 210 is very hard to come by. The United States Nuclear Regulatory Commission estimates that only around 100 grams of Polonium 210 are produced worldwide each year.

Calleja told the seller he needed five doses of Polonium 210 “for now, but would definitely need more,” according to the prosecution.

Ricin is extracted from castor seeds or castor oil. The most famous use of Ricin as a weapon of assassination occurred in 1978, when Georgi Markov, a Bulgarian exile living in London, was stabbed in the leg with the tip of an umbrella that injected a tiny hollow sphere containing ricin into his body.

He was dead within three days. The device was designed in the Soviet Union and given to an agent hired by the Bulgarian government, defectors from the KGB (the former Soviet secret police agency) had confirmed.

Calleja asked the seller on the dark web to send the goods to a UK forwarding address in Essex addressed to Roger Tabone, according to the prosecution.

The name Roger Tabone happens to be the name of a character in a Maltese novel (Alex Vella Gera’s Is-Sriep Reġgħu Saru Velenużi ) about a fictional plot to assassinate former Prime Minister Dom Mintoff. In the novel, Roger Tabone is a pivotal player in the assassination attempt.

The eyes of the world are on Malta as a centre for financial and economic crime, and a place where justice for the death of a journalist by a car bomb has not been delivered in a context that shows efforts involving people in institutions with the duty to serve the public  protecting criminal activity instead.

While the intended target or targets of this plot are unknown, there can be no doubt that this story has extremely sinister and worrying implications. Malta was once considered one of the safest places in the world. No more.

Those who dare to say this get attacked for ‘tarnishing Malta’s reputation’. Well, look where sweeping dirt under the carpet got us.