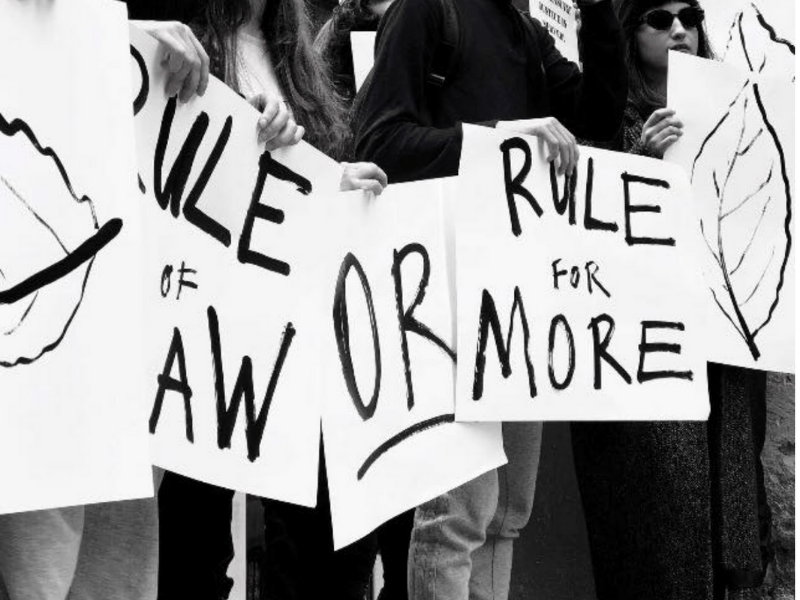 A protest for the rule of law that followed journalist Daphne Caruana Galizia's assassination in 2017.

In a move that raises the stakes on rule of law reforms, civil society organisation Repubblika is dangling the possibility of renouncing a constitutional lawsuit on judicial independence, as the Opposition has ruptured consensus on reforms.

Repubblika is making the offer within the context of moves by the government to finally proceed with rule of law reforms based on recommendations made by the Council of Europe’s Venice Commission more than a year ago.

Last week, the Justice Minister released a letter he sent to the Commission laying out the government’s counterproposals, seen as inadequate by justice experts. This prompted Repubblika and the PN to separately publish their detailed proposals this week.

Robert Aquilina, Repubblika’s president-elect, told The Shift: “We challenged the system of judicial appointments in court to bring about change for the good, not to have our pound of flesh. So we would renounce the case if there is a genuine reform that strengthens the independence of the judiciary.”

Aquilina said ‘genuine reform’ referred to “measures put in place to compensate for the abusive manner of judicial appointments of the last seven years.”

He drew attention to figures in Repubblika’s report that show that 72% of judicial appointments were controversial, and that 21 out of 29 of those appointees were drawn from Labour Party lines, or at least perceived to have Labour connections.

“We are not necessarily tied to those proposals,” Aquilina said. “The important thing is there would be mitigating factors.”

Escalation of the constitutional challenge to the ECJ has strengthened Repubblika’s hand. Although the ECJ is expected to rule against Malta’s system of appointments, any reform that has the approval of actors in Malta and the continent, particularly the Venice Commission, would have a moderating influence on the ECJ’s judgment.

Time is not on the government’s side. It is constrained from appointing members to the judiciary before widely-accepted reform is in place, or the ECJ delivers judgment. Meanwhile, four judges are due to retire this year, creating vacancies – and delays – in court.

The rupture of the unanimity displayed in a cross-party vote in parliament on a motion on the reform of judicial appointments seven weeks ago puts further pressure on the government.

In its proposals launched last Monday, the PN has now pivoted more closely towards the recommendations of the Venice Commission. In some ways, it has even gone further.

The Opposition’s proposals include the call to expand constitutional provisions enabling actio popularis lawsuits – empowering citizens or NGOs to challenge laws and government policy in the Constitutional Court.

Chris Said, Head of the Opposition’s delegation on the steering committee of constitutional reform, told The Shift: “After the government decided to write to the Venice Commission with its proposal without consulting with us or even informing the president, we decided to publish our proposals, which had been drafted considerable time ago.”

“Our proposals are designed to distribute power among institutions [of law and order] to protect the interests of the people, and create all the checks and balances possible, as well as counterbalance the powers of the prime minister,” he said. “That is the thrust of our proposals.”

The divergence that has opened on substantive points of the reform has now robbed the government of the aura of consensus that it projected in its letter to the Venice Commission.

It puts the government in a complicated situation, which needs broad consensus to negotiate with European institutions from a position of strength and ultimately to facilitate the amendments through parliament.

The PN’s 16-page proposals are more specific and motivated than the proposals put down in the government’s letter to the Venice Commission, which also ran for 16 pages.

The PNs proposals including limiting ‘persons of trust’ to four individuals for every Minister and Parliamentary Secretary, appointing future presidents with a two-thirds parliamentary vote, and banning MPs in the pay of State entities.

The engagement of MPs with government entities has been denounced by the Venice Commission and, separately, in a strongly-worded report by the Commissioner for Standards in Public Life, George Hyzler.

Yet the government has remained unfazed – the latest appointment occurred only two days ago when MP Anthony Agius Decelis was appointed non-executive chairperson of the Grand Harbour Regeneration Corporation.

Both the PN and Repubblika stressed putting Permanent Secretaries on a more independent footing through a system of appointment that is independent of the government. The PN argued that this would allow these “highest public officials in each Ministry see to it that all departments operate in line with the law, justice, and equitableness.”

Elsewhere in its 24-page report, Repubblika argued for greater involvement by civil society and the independent media in the reform so that “changes made do not fall short of the promise of updating Malta’s democracy to the reasonable expectations of our time.”

It said that reform cannot merely be “conducted by the government or by a coalition of the two political parties, who take turns to rule without regard to the aspirations of the community”.