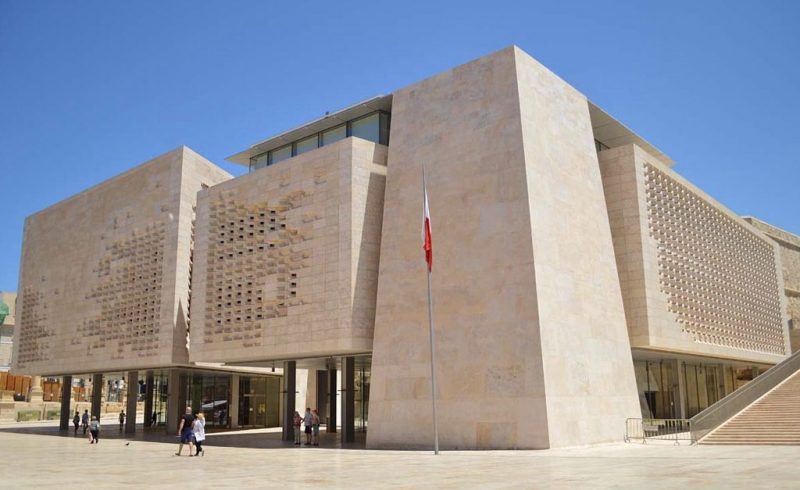 Opposition MP Jason Azzopardi has accused Charles Mercieca, the latest addition to Yorgen Fenech’s legal defence team, of negotiating a deal with a public official found guilty of money laundering at an appeals stage, changing a prison term to probation – behind the Attorney General’s back.

Azzopardi made this revelation during Tuesday’s parliamentary debate, saying he was informed that Mercieca, while still employed at the Attorney General’s office, used sentence bargaining with the legal defence team of Francis Caruana, who had been handed down a four-year prison sentence.

Mercieca has hit the headlines this month for his crossing over from his role as a lawyer in the Attorney General’s Office to appearing in court 24 hours later for Fenech, the man accused of being the mastermind behind the assassination of journalist Daphne Caruana Galizia.

This highly controversial move was condemned and criticised by many, including the Caruana Galizia family who requested a formal inquiry into possible collusion between Fenech’s defence team and a serving criminal prosecutor.

During his speech, Azzopardi referred to an appeals court judgment handed down to an employee of the Fisheries Department on 14 May, which he described as “highly suspicious”. Caruana had contested a four-year prison sentence and a €63,000 fine after a magistrate found him guilty in 2014 of misappropriation, fraud, extortion and money laundering of more than €32,000.

An appeals court converted the prison term to three-year probation and, in the judgment, said: “The Attorney General declared on 18 February 2020 that he was not insisting on a jail term but that the rest of the judgment was confirmed”.

Azzopardi pointed out that this was crucial. “This shows that there was sentence bargaining during the appeals hearing between the Attorney General’s office and the accused”.

He went on to explain that lawyers representing the Attorney General’s office have written instructions clearly prohibiting them from making any form of sentence bargaining when a criminal case was at an appeals stage without the approval of the Attorney General himself or his deputy.

“It was Mercieca who reached this agreement with Caruana in his criminal appeal behind the back of the Attorney General and his deputy. He was obliged to inform them but did not do so,” Azzopardi said.

It was also a known fact that Mercieca was often invited over for dinner at the house of Judge Consuelo Scerri Herrera, who presided over Caruana’s case, as he was good friends with her son, he added.

The Opposition MP said it was also suspicious that the Fisheries Department was in negotiations with Mercieca to employ him as a legal advisor two months ago – while he was acting on behalf of the Attorney General’s office on Caruana’s case.

Mercieca had also applied for a post with the European Public Prosecutor’s Office last year when still a trainee lawyer at the AG’s office and just one year after receiving his warrant. Azzopardi pointed out that Mercieca did not qualify for the post that, among other things, called for someone with proven and extensive experience in prosecution and mutual legal assistance.

He said he hoped that his revelations about Mercieca would also be investigated by the Commission for the Administration of Justice. Mercieca is expected to face proceedings before the Committee on Advocates and Legal Procurators, a subcommittee of the Commission, headed by former Chief Justice Vincent De Gaetano.

The government announced an independent board of inquiry will also look into the matter but has refused to publish the terms of reference. It is not a given that the results of the inquiry will be published.

This move drew criticism from special rapporteur Pieter Omtzigt who, earlier on Tuesday, wrote to Justice Minister Edward Zammit Lewis expressing his disappointment especially since the inquiry was expected to address issues of profound and urgent public interest.

“Public concerns about the prosecution of the Daphne Caruana Galizia case in particular and the integrity of the criminal justice system, in general, will not be assuaged if everything about the substance of the inquiry remains secret,” he said.

In comments to The Shift, former judge of the European Court of Human Rights Giovanni Bonello criticised the State’s “weak response” to the “legal, ethical and professional treachery” of Mercieca, saying it further undermined any “credibility in the will of the State to really come clean in the Caruana Galizia assassination”.

The war chest is empty