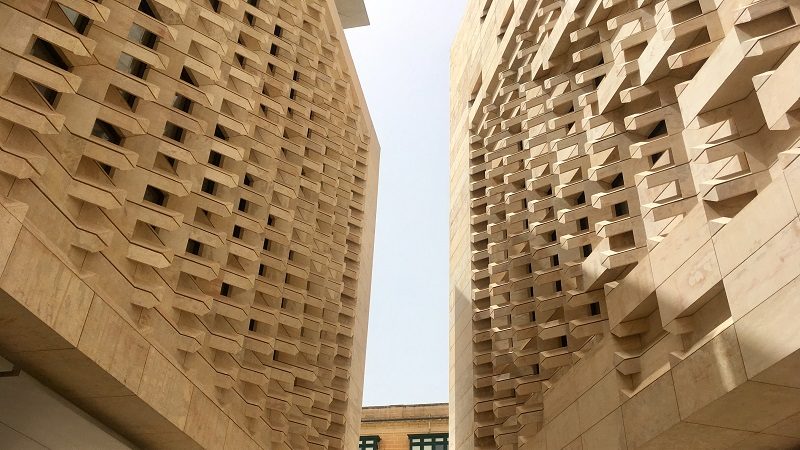 The government derailed a motion filed by the Opposition and debated in parliament today to cancel an agreement recently revealed that gave Steward Healthcare a payout of €100 million even if kicked out for its failures.

The amendment was filed by Justice Minister Edward Zammit Lewis, completely changing the tone and direction of the Opposition’s motion. It stated the government would evaluate and, eventually take a decision on the side agreement that had been signed in August 2019 by Mizzi and any other – always “in the country’s interest”.

It was an interesting twist, considering the government’s focus on the national interest failed to acknowledge the assessment by the Council of Europe that the entire deal was a “scandal”.

Instead, Prime Minister Robert Abela was quick to point fingers at Opposition Leader Adrian Delia, saying the motion had the intention of damaging the national interest – a line used by the previous administration he now leads to attack any criticism of the government.

“At a time when the country comes together in the national interest to fight the coronavirus pandemic, you file this motion,” Abela said, using the same argument he did against civil society that demanded he be held accountable for allowing asylum seekers to die at sea earlier this month.

The original motion filed by the Opposition called on parliament to demand action from the government and cancel and annul the agreement signed by Mizzi in 2019, as part of a package of settlements the Muscat-Mizzi-Schembri clan sealed before they were forced to resign late last year.

The opposition took it as fact that Steward Healthcare would be paid €100 million even if contract was cancelled. That was not the governments interpretation and it was in discussions with Steward. Abela said there were three options available: revoking the contract, going ahead with it or amending it.

It was a heated debate that Mizzi, the MP who was Minister at time, did not even bother to attend.  He presented a medical certificate from a UK doctor stating he was unfit to travel to Malta.

Meanwhile, the prime minister said the Opposition Leader was to blame for any problems in the government’s upcoming negotiations with Steward Healthcare.

Delia would have to shoulder the burden, according to Abela, not Mizzi who remains an MP on the Labour Partty team. The prime minister even attacked the Opposition Leader for arguing on a contract he never read, when the government has kept this under wraps.

The he piled on his attack with the same line used by his predecessor – not to believe the media. “You are giving them (Steward) reason with this argument – instead of reading the contract, you filed a motion based on what was reported by a journalist. This just goes to see how serious you are – if you want the contract, ask for the contracts to be included as evidence in your court case,” Abela said, sidelining the fact that the deal with Steward Healthcare was a secret until revealed by the press.

Delia said Mizzi’s new contract removed a number of clauses that would have allowed the government to take back the hospitals in case of a public emergency, for example, without any payouts.

“If Abela thinks the contract should be cancelled, he should join me in my court case,” he said.

Steward Healthcare took over a concession of Gozo General Hospital, Karin Grech and St Luke’s Hospital from Vitals Global Healthcare for €1. While taxpayers lost over €50 million, the once-secret owners got paid millions, The Shift revealed.

The BEAT for more

In another twist that came just before the debate, Opposition MP Aquilina uploaded a screenshot of a parliamentary question on his Twitter account, showing that BEAT Ltd received around €422,180 in direct orders, including the hospital deal.

It is a company owned by Mizzi’s childhood friend David Galea, and the amount is over and above the list of more than 35 lucrative direct orders already revealed that total over €1million.

Health Minister Chris Fearne taunted the Opposition, saying this was not a time to discuss politics when public health was an issue. “Our heroes are the frontliners and our battle is the virus,” Fearne said, who will have to face questions of his own on the rampant corruption ongoing during the pandemic to the point that an “urgent” prefabricated hospital could not even be built on time.

That’s apart from questionable direct orders that went to Labour Party cronies, such as the move of elderly patients in Gozo to an inadequate hotel and unanswered questions on why taxpayers had to fork out further millions for temporary measures when the public was paying Steward Healthcare €188,000 per day.

Shadow Minister for Gozo Chris Said pointed out Steward Healthcare had only one thing to do in Gozo – build a new hospital with more than 400 beds. The company did not deliver.

“This is my appeal to the three government MPs who are Gozitan – you know this is theft because none of you have spoken about it. You know it is a dangerous game to play with the lives of the Gozitans,” he said.

Shadow Justice Minister Jason Azzopardi said the motion filed by the Opposition was intended to protect healthcare workers from government corruption. He also referred to trips Mizzi made to Montenegro, where he was sometimes accompanied by lawyer Aron Mifsud Bonnici. The Shift revealed that he accompanied Mizzi in the role of government advisor, despite the government’s reluctance to divulge his name.

.@konradmizzi signed off €100 million of your hard earned taxes to his accomplices, as payment for a deal which they had already breached. Tonight in Parliament, whoever doesn't denounce him is clearly endorsing him. https://t.co/UNIo0EbyOB

“Through this secret, scandalous and immoral contract, Mizzi took care to safeguard the interests of the foreign operators instead of defending the national interest as he was obliged to do as a minister and a Member of Parliament,” the Opposition said in the motion filed.

The motion also stressed the Opposition wanted to give its full support to the government to regain control of the three hospitals, saying the government should not have its hands tied with any “scandalous” and “immoral” contract that was to the detriment of the Maltese and Gozitans.

In 2018, Delia filed a court case against the government and Vitals Global Healthcare (VGH) asking for the contract to be cancelled and the three hospitals to be returned to the public.