State funding of the independent media

Media freedom is what it says – freedom from influence by powers with a vested interest in avoiding scrutiny, suppressing criticism and denying the public’s right to know. Malta’s press freedom is already under threat.

A large swathe of the media spectrum is owned directly by political parties; the State broadcaster is effectively an extension of partisan media, measuring “balance” by time allocated to the larger parties.

Independent media are facing diminishing revenue streams as commercial advertising migrates elsewhere, and journalists have no legal protection against threats of ruinous lawsuits designed to silence publication on matters of public interest.

On all counts, the government has acted against the interests of media freedom.

There is no attempt to wean Malta off its dependence on political party-owned media or to shift State broadcasting to properly serving the public interest.

“Sack her and we’ll give you more advertising” (as the government instructed the newspaper that carried Daphne Caruana Galizia’s column) are not the words of a press freedom champion. They are a mobster’s threat.

Government, State authority and political party officials and their cronies keep the courts busy with libel cases whose purpose is to harass and intimidate journalists and collude with corporations to silence inconvenient critics using SLAPPs, legal threats designed to keep information out of the media.

All the independent media reporting on Pilatus Bank, bar Daphne Caruana Galizia’s Running Commentary and The Shift, changed or deleted their articles, altering the public record.

Caruana Galizia was assassinated, Ali Sadr has been found guilty on multiple counts in the US and potentially faces 85 years in jail, Pilatus Bank’s licence has been withdrawn, yet only one publication reinstated the articles it had removed under threat.

Where does the government stand on all this?

In testimony to the European Parliament’s LIBE committee, Henley and Partners’ representative said that the company consults Malta’s government, its contracted partner in passport sales, before threatening legal action against Maltese media.

Governing party MPs, forgetting (or ignoring) that parliament represents the people and not their Party or government, voted down a proposal to protect Malta’s journalists against SLAPP threats. 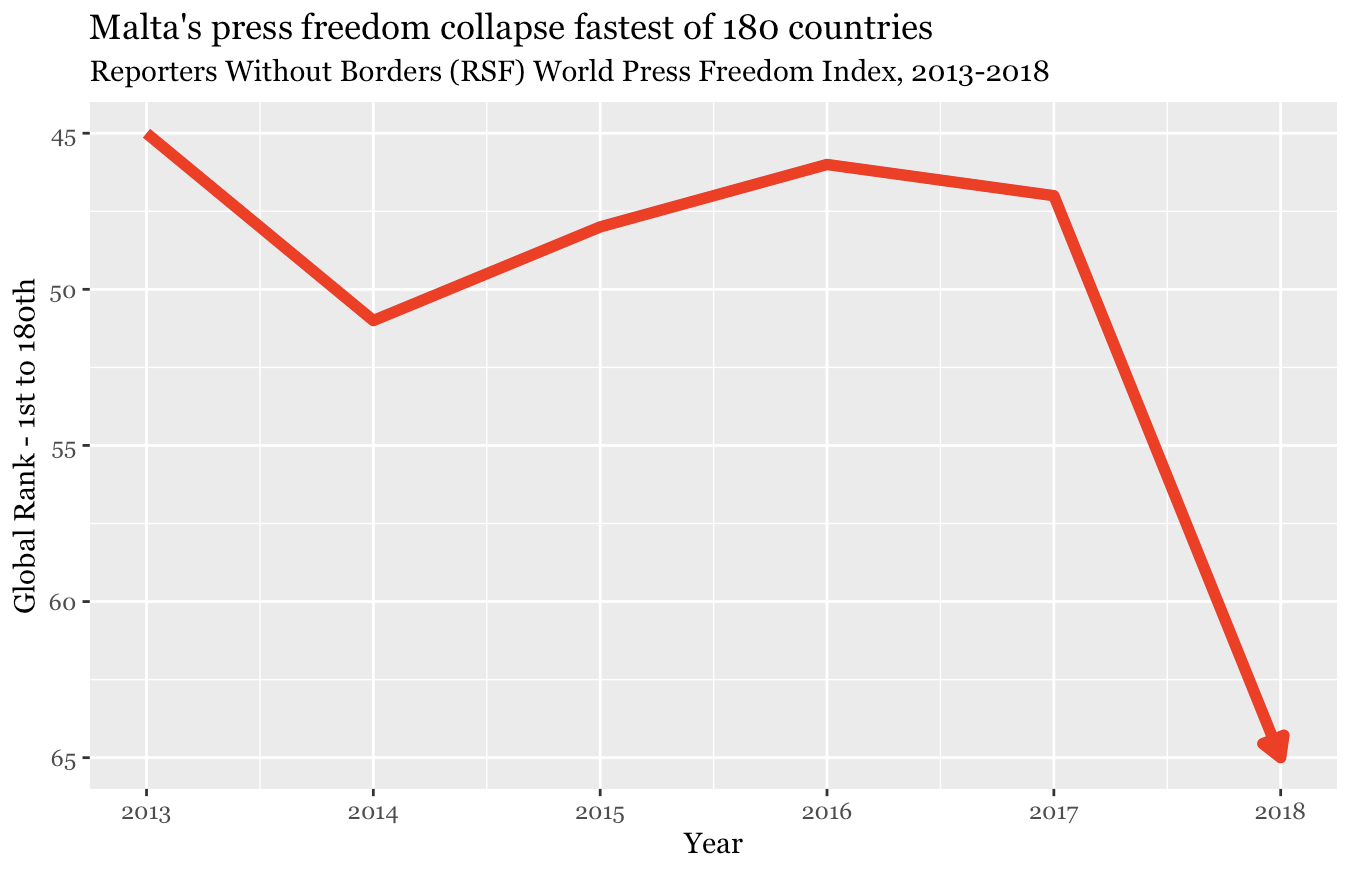 In its 2018 report, the Centre for Media Pluralism and Media Freedom documented increased risks in Malta. Our country’s overall risk level rose from low to medium, and the protection of the right to information is close to high risk level.

Even the most apparently low risk indicator is alarming. Malta’s protection of freedom of expression scores a 24% risk, but that is a 15-percentage point increase over the previous year’s 9%.

In other words, the risk to Malta’s protection of free expression almost trebled in the space of a year.

In their submission to the UN for the third cycle of the Universal Period Review (UPR) of Malta’s compliance with international human rights obligations, six global press freedom and free expression organisations highlighted Malta’s lack of media pluralism, legal restrictions on free expression, the safety of journalists and the issue of impunity for violence and for the killing of journalists, as areas of concern.

Malta itself failed to recognise its own failures in its national report to the UN on its own human rights record. In the section on freedom of expression and the safety of journalists, Malta failed to mention the assassination of Daphne Caruana Galizia, the singular worst offence against press freedom in living memory.

A government that fails in its own assessment of the State’s human rights record is abysmally unqualified to defend press freedom generally. It is also demonstrably unwilling to protect journalists’ lives.

The inquiry into whether Caruana Galizia’s life could have been saved is the only means of learning what the government must do to ensure that journalists are properly protected. Yet government resisted setting up the inquiry for two years, leaving journalists exposed to serious risk.

These are not the actions of a previous government. It is the same government. Prime Minister Robert Abela, then an MP, was defending these decisions, even alleging that the family’s efforts to seek justice were intended to interfere with the investigation.

“An act of hostility against the government,” Abela had said with an extremely insensitive picture of the journalist’s sons at the funeral. He was incapable of acknowledging a family grieving. Worse still, he ignored it to further the interests of his Party and his own. The chilling effect of Caruana Galizia’s murder, unconscious or otherwise, cannot be overestimated. Journalists work in a country where reporting on corruption and holding power to account can cost them their lives, and they do it knowing that the State is unwilling to protect them.

Malta’s independent media need the government to roll back its influence, not meddle further, and to concentrate on shoring up systems that protect independent journalism and democracy, not hollow them out so that they exist only in name.

Economic pressure is a real problem but the government is not the solution. Government finance may temporarily ease cash flow but it will kill press freedom permanently.