The body of a Libyan journalist abducted on Tuesday was found with hands bounds and 13 bullet wounds in Sabha, which is along one of the main smuggling and transit routes for migrants from sub-Saharan Africa attempting to reach Europe.

The Libyan Center for Freedom of the Press said 24-year old photojournalist Musa Abdul Kareem was abducted on July 31 and found dead later that day. His body also bore signs of torture. News of the body’s discovery was confirmed by other news reports.

The Committee to Protect Journalists (CPJ) condemned the killing, and urged the authorities responsible for the city to immediately investigate the circumstances of his death. 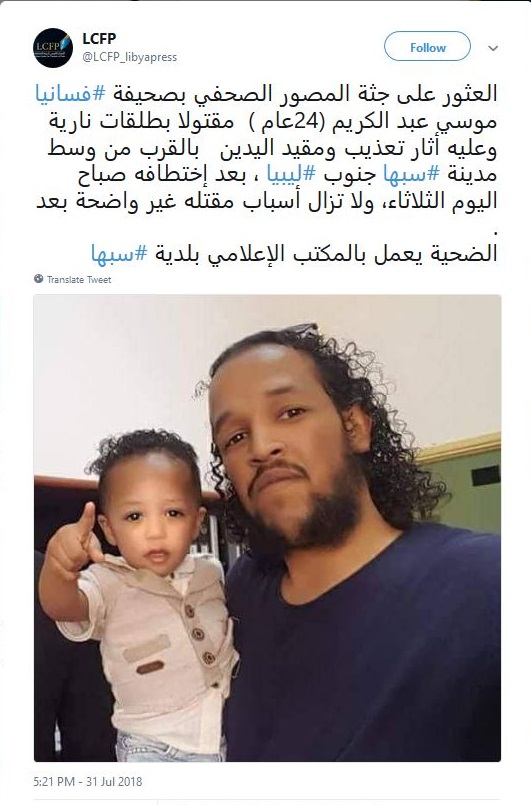 Amin Ahmed, a spokesperson for the Libyan Center for Freedom of the Press monitoring and documentation unit, told CPJ that Abdul Kareem had co-authored an article three weeks before his death that detailed kidnappings and robberies in the city experiencing continued unrest.

Abdul Kareem worked for Fasanea, a Sabha-based newspaper issued by Press Support and Promotion Authority, a Tripoli-based entity formed by Libya’s National Transition Council in the wake of the 2011 uprising, with the stated goal of supporting a free and independent press.