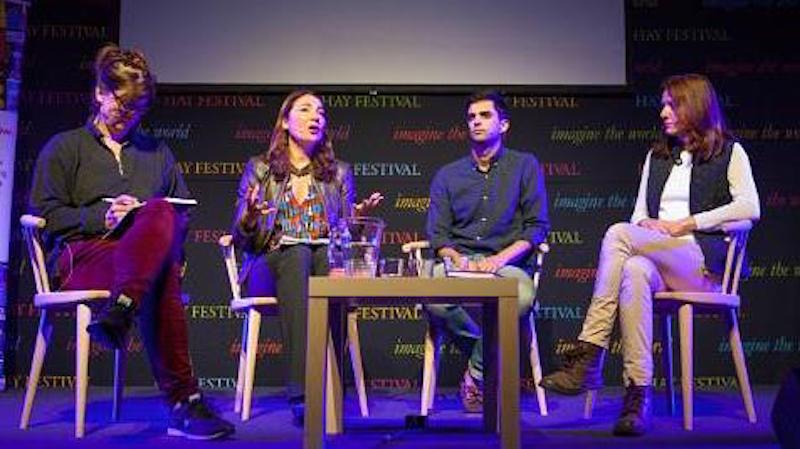 The only truth that can exist in Malta is the one perpetuated by government and any kind of criticism is dismissed as fake news, The Shift News journalist Caroline Muscat told the Hay literary festival in Wales.

Speaking about The Shift News investigations on Labour online hate groups, Muscat said the Labour government has built a system designed to shrink the space for public debate.

“Journalists and citizens who are critical of government are targeted, discredited and dehumanised” Muscat said, adding that what happened to Daphne Caruana Galizia was the culmination of all this.

Muscat was participating in a debate organised by Index on Censorship, where she was joined by one of Caruana Galizia’s sons, Paul, and Index on Censorship editor Rachael Jolley. The debate was chaired by BBC Europe editor, Katya Adler.

Muscat said that “nothing has been learnt following Daphne’s assassination. If anything, it got worse.”

She added that Caruana Galizia’s family has faced a horrendous time since the murder and “they have not even had the time to mourn the loss.”

Paul Caruana Galizia said that it felt like the family was at war with the Maltese state seven months after his mother was killed by a car bomb outside their family home in Bidnija.

Caruana Galizia added that threats and misinformation had continued after her death, including one rumour that the bomb was planted by his brother.

All three of Caruana Galizia’s sons have left Malta and continue to fight for justice. “It is a war,” Paul told the festival, adding “It really should not be like this, but we can’t rely on the investigation to be run properly. We just can’t sit back and think that things are moving.”