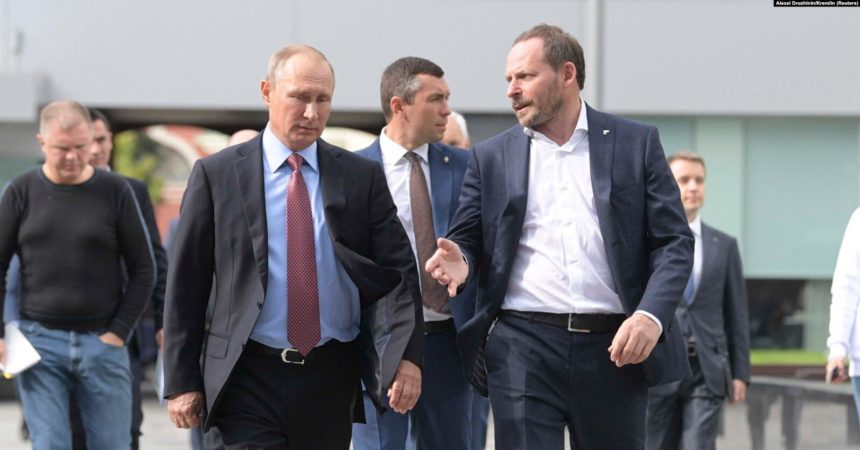 Malta is in hot water as the EU aims to make bypassing of sanctions illegal; ‘Either they [Malta and Greece] don’t have much, or they are not doing their job’ – EU official

The Maltese government is facing mounting pressure from the European Union to crack down on the assets of sanctioned Russians in the country, which is the EU’s laggard by far when it comes to seizing Russian assets.

While the European Commission wrote to member states last month to remind them that the freezing of assets of sanctioned individuals and entities was mandatory, as was the provision of data about such seizures, matters are now being turned up a notch for countries such as Malta that are seen failing along such lines.

The heat is being turned up even further in Malta’s respect with the EU now working on rendering the bypassing of sanctions illegal in all the EU member states. An announcement along such lines is expected on 3 February at a scheduled EU-Ukraine summit in Kyiv.

It was revealed last month that Malta is the most reticent EU member state to freeze Russian assets in its territory and that it had seized just €146,558 in Russian assets since the advent of EU sanctions over the invasion of Ukraine.

An EU official has now taken aim at Malta and Greece, the penultimate on the asset freezing list after Malta with just €212,201 in Russian assets having been frozen.

Speaking to Reuters, the EU official, who commented on the condition of anonymity, said: “That is a bit surprising. Either they don’t have much, or they are not doing their job. Or they have done something but not communicated to us even though they had chances.”

Malta has granted citizenship to several hundred Russian nationals who have been obliged to invest in the country in return for their Maltese passports.

But, despite that, the amount of assets of sanctioned Russians seized by the Maltese government pales in comparison to its EU counterparts.

In all, the 27 EU member states have to date reported freezing around €20.3 billion. Italy, Ireland, France, Spain, Germany, Belgium, Luxembourg and Austria have each notified the EU that they have seized over €1 billion, while just about every other EU country has frozen millions in assets.

The EU’s attention is expected to turn this year to confiscating those frozen Russian assets and spending them on rebuilding Ukraine.

Over 10 months since Russia’s invasion of Ukraine, the EU currently has some 1,300 individuals and 120 entities blacklisted, as well as economic sanctions in place that include trade, transport, energy, banking, media and defence sectors.

After Bulgaria and Cyprus dropped their citizenship programmes, Malta remains the only state to have a citizenship-for-cash scheme but, given the rather minimal amount of asset seizures, it seems Malta doesn’t have much of an appetite to crack down on Russian assets in the country.

Hundreds of Russians have obtained Maltese passports since the programme’s inception in 2014 and Russians account for roughly a quarter of all the Maltese citizenships that have been sold.

To qualify for Maltese citizenship, applicants are supposed to spend at least one tax year residing in Malta and pay a flat €650,000 fee.

Over and above that, they are required to have made investments in Malta – mainly a €150,000 investment in government bonds and the purchase of property worth at least €350,000 or the more cost-effective option of leasing a property for a minimum of €16,000 a year for five years at a total of €80,000.

While Malta appears reticent to crack down on the assets of sanctioned Russian-Maltese citizens, other EU member states have taken action against Russians with Maltese citizenship.

Most notable is the case of Yandex search engine founder Arkady Volozh, who is known for his close ties to the Kremlin and Vladimir Putin, who acquired Maltese citizenship in 2016.

The EU last June sanctioned Volozh over his actions related to the Russian invasion of Ukraine.

In September the Finnish authorities, acting on the EU sanctions, seized his assets in that country.

After that, a Dutch court ruled that squatters could effectively continue to stay at the multi-million-euro property he owns in Amsterdam because the Russian-Maltese citizen is under EU sanctions.

Across the EU, Belgium leads the way with Russian asset seizures with €3.5 billion being blocked, followed by Luxembourg with €2.5 billion, Italy with €2.3 billion and Germany with €2.2 billion, according to EU statistics.

Mafialand, full of Russian money and dodgy passport holders (now Europeans) so who is going to cut them off? Never going to happe.

Someone surprised?
i don‘t think so.

The amount of seized assets in contrast to the whole money that has been spent by the Russian Oligarchs, as mentioned in this article, is beyond the ridiculous. Clearly, the PL is handling this matter with a sense of foresight and thinks of the years after the war in Ukraine has ended. The PL isn’t interested and therefore also not keen in losing ‘friends with a financial potential’.

There have been, still are and always will be examples that go as proof in regards of the fact that the PL always was, still is and much probably will remain an anti-EU party in Malta. One can tell that by the way the PL govt is always either seeking ways to legally circumvent EU regulations or, if that can’t be done, play the delay and neglect card. The partly harsh and irrational anti-EU comments by PLers on some Maltese websites is just proving the aforesaid. But on the other hand, every time the EU is checking on Malta whether it complies with the rules, the PL gets somehow ‘oversensitive’ as if caught red handed.

But didn’t Volozh leave Russia right after the war in Ukraine had started?