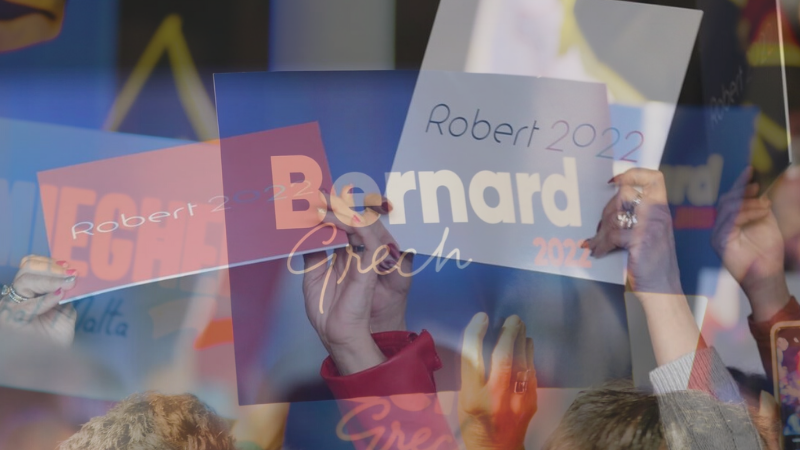 As the electoral campaign comes to the end of its fifth and final week after a tense but somewhat muted build-up, the latest headlines suggest that the governing Labour Party is going to win next Saturday’s general election with a margin of anywhere between 29,000 – 38,000 votes.

Seeking to achieve a better understanding of how voter sentiment is gauged through political surveys, as well as how that same sentiment is influenced by the surveys themselves, The Shift reached out to the co-founder of knowledge-based consulting firm MISCO Ltd, Lawrence Zammit, and head of the University of Malta’s public policy department, Mario Vassallo.

To date, there are three major polls which have been pointing towards a PL victory – a monthly survey from Malta Today, a regular survey from Labour’s pollster-in-chief, Vincent Marmara, and a handful of surveys from Times of Malta since July of last year.

The frequency of trust barometers measuring the leaders’ standing with the electorate month after month raises questions about whether regular polling may precondition voters towards accepting whatever result is being predicted.

Zammit disagreed with the notion that electoral polls can influence voter sentiment towards a specific result such as a Labour victory. He argued that polls are democratic tools that gauge people’s line of reasoning when talking about how they are going to vote, adding that they’d be “weakening democracy” if they were preconditioning voters for a result.

When asked whether the electoral process is negatively affected by the way in which parties use favourable electoral polls as leverage over rivals, Zammit agreed there is a problem whenever survey data is subject to interpretation.

“What’s important about these surveys is how the data is reported,” Zammit explained. “It is important that when these polls are reported, there is a clear distinction between what is a factual poll result and what is an opinion based on those results, which does not always happen.”

Zammit maintained that the firm he co-founded did not provide absolute figures referring to vote count predictions, nor did it interpret the intentions of its respondents.

“When one talks about opinion polls, people only think about which Party they are going to vote for, when in reality there are a number of other questions which pick up voter sentiment that are also important when it comes to interpretation,” Zammit said.

Based on MISCO’s latest figures, Zammit understands that among those respondents who regret the way they voted during the last general elections, around 8 – 10% of the electorate, a majority had voted for Labour.

“While there is an overall sentiment against the Labour Party among those voters, the sentiment is not transforming into votes. This group could decide to go one way or the other. If that group moves one way, the data indicates that there will be a PL win similar to 2017 in size, if they move in another way, that majority will shrink,” he concluded, citing the electorate’s lack of familiarity with the leader of the opposition as one of the reasons why the sentiment against PL is not turning into votes.

While Vassallo concurred with the probability of a significant win for the Labour Party, he had a far less favourable view of the influence of electoral polls on voters.

“Some political observers describe electoral campaigns as psychological warfare – it is essentially about how effectively a party manages to bombard people’s minds. Surveys are part of the arsenal parties have at their disposal,” Vassallo argued, referring to how party leaders urging supporters to vote reflects the need to press the point home.

Vassallo lamented that local political surveys fail to gauge support for individual candidates and their positions on issues or their general track record, maintaining that this would prove an important source of information given that Malta’s electoral system hinges on district representatives.

“Malta’s electoral system works on the basis of single transferable votes, meaning that one of the most important deciding factors should be who will end up representing you in parliament rather than which Party is going to win,” Vassallo said.

There are too many people refusing to reply to surveys in Malta and that is skewing the results.

A few years back, as is proper, pollsters divulged how many people they contacted and how many people accepted to answer the survey questions. The difference then wasn’t big and you would have no more than 20% refusing to answer. Of those who did answer, you would then also have a low percentage who said they don’t know or won’t say.

Now, the number of people who flatly refuse to answer any question in a poll has ballooned to such an extent that polling organisations have stopped divulging the number which is, in actual fact, the most important number if it is that big that pollsters are ashamed of publishing it. If that large number of people leans heavily towards one particular party, the poll is meaningless.

Secondly, we now have around a third of those who do answer some questions saying they don’t know how they’ll vote or won’t say. This renders the polls even more meaningless.

The MaltaToday polls are a case in point. After an unknown but large number of flat refusers, of each 100 who do reply to some questions, 37 say they’ll vote Labour, 30 PN and 30 won’t say. The 30% who won’t say, together with the unknown amount of refusers, are disregarded to arrive at the obligatory 30,000-40,000 Labour majority.

Of course, this is reflected in all polls because voters are notoriously reluctant to say they’re backing the loser. So each poll reinforces the received wisdom created by very dubious polls in the first case.

What is obvious in Malta is what Chancellor Sebastian Kurz tried to do in Austria: he released doctored polls to discourage the opposition and opposition voters. For that, in Austria, he had to resign. In Malta, Labour fellow travellers and anti-corruption columnists alike write the obituaries (the Times leader last Sunday, Jacques René Zammit here) before the election has even been held.

What they should do, instead, is ask pollsters one simple question: how many people have you contacted who have refused to answer any question at all? That answer, were it forthcoming, would be very revealing.

Julian Delia
Explainer
COVID-19: Human bodies are complicated
COVID-19 is nothing like the flu. We may all