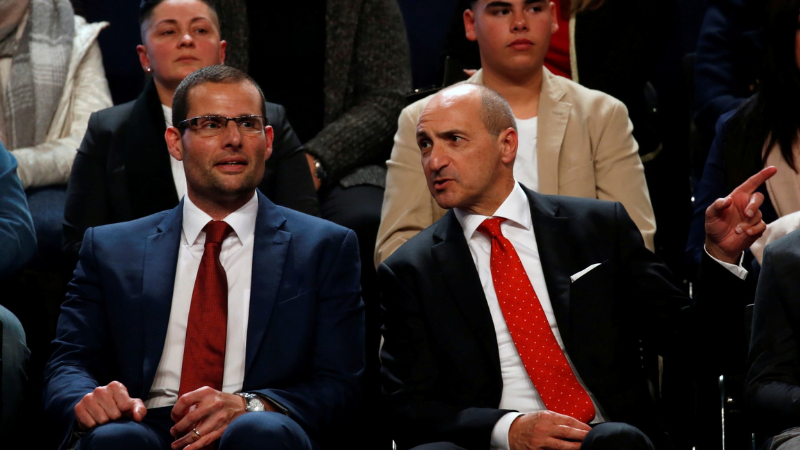 Labour leader Robert Abela is actively pushing for the election of Chris Bonett on the fourth district despite the lawyer and former sports administrator having been directly involved in a major scandal in 2017 involving some €13 million in direct orders to build a still incomplete shooting range at Ta’ Kandja.

Sources close to the Labour Party told The Shift that Abela is campaigning for Bonett to try to minimise the popularity of deputy leader Chris Fearne on the fourth district and eliminate pro-Joseph Muscat candidates, such as Glenn Bedingfield.

The sources said that while Abela is privately urging supporters to elect Bonett, he has also placed him in the private secretariat of Environment Minister Aaron Farrugia as a consultant, for him to have time to concentrate on his personal campaign while being paid by taxpayers. The Shift is informed that, until a few months ago, Bonett was a close associate of Education Minister Clifton Grima and a consultant at his secretariat. Yet sources claim that Abela had to intervene directly to find an alternative job for Bonett after he fell out with his former boss.

Asked by The Shift to state what type of consultancy Bonett is providing at the environment ministry and to publish a copy of his contract, Minister Farrugia’s spokesperson, Tia Relic, refused to reply despite various reminders.

Bonett is rarely seen at the ministry.

Direct orders and the Abela connection

In 2017, soon after Labour was returned to power, Chris Bonett was made Acting CEO of Sports Malta and responsible for the building of a new shooting range.

Although the original budget earmarked for the range stood at €7 million, the final bill forked out by taxpayers more than doubled, exceeding €15 million.

According to an investigation by the NAO, some €13 million of all the public procurement involved was dished out through direct orders, with Bonett’s signature.

The former Acting Sports Malta CEO, who after this debacle was substituted at the helm of the government’s sports agency, had justified the direct orders “due to emergency circumstances”.

The NAO had also found that 59% of all the direct orders involved in this project, some €6.5 million, were issued to the same contractor – Bonnici Brothers.

At the time, Prime Minister Robert Abela was the lawyer for Bonnici Group and was also involved during this period in a business deal with the Managing Director of the Group, Gilbert Bonnici, in a property development project in Iklin.

The prime minister and his partners made hundreds of thousands from the sale of flats they built instead of a terraced house.

Labour sources said that, if elected, Abela has already earmarked a ministry for Bonett.

Apart from finding Bonett an alternative lucrative government consultancy as soon as his friend fell out with the education minister, the Labour candidate’s wife, Maxilene, was also given various positions that boosted the family’s income substantially.

Currently employed as a government lawyer at the Attorney General’s office, she was also given other government appointments on the Copyright Board and as a member of the Malta Further and Higher Education Authority.

Although a Labour stronghold, the fourth district is already packed with sitting Labour MPs vying to be re-elected and the prime minister’s decision to back Bonett has not been welcomed.

A number of Labour votes are up for grabs in the district as candidates voted into parliament in the last general elections, such as Konrad Mizzi and Silvio Parnis, have left politics.

It is all so obvious. As Dr. Fsadni pointed out, they don’t even try to hide anything.

Elections in times of war: who will love our children?