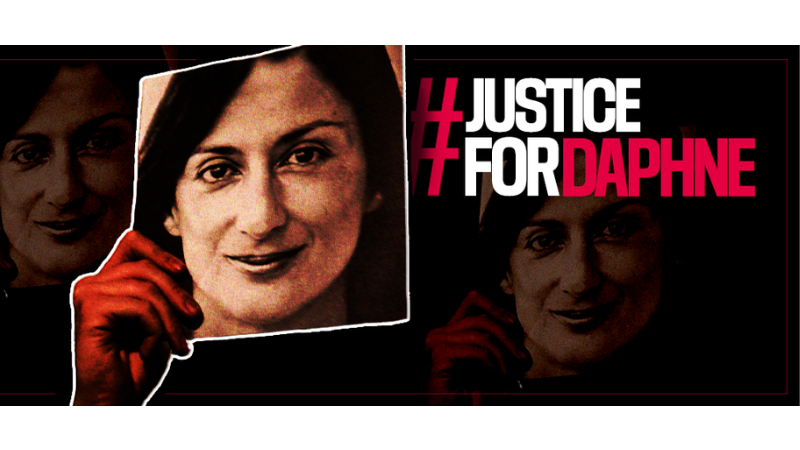 No less than 36 international media freedom NGOs on Sunday put pen to paper to “denounce the Maltese government’s lack of ambition and transparency in its press freedom reforms”.

The 36 heavyweight NGOs lambasted the government over its “unacceptable lack of implementation of the recommendations made by the landmark Public Inquiry into Daphne Caruana Galizia’s assassination and the exclusion of structured public consultation, including with our organisations, on proposed legal amendments relating to the safety of journalists and Strategic Lawsuits Against Public Participation (SLAPPs).”

When it comes to, SLAPPs, made it clear that the government’s draft legislation fails to meet international standards.

“The process provides a historic opportunity for the Government of Malta to implement its obligations under international and European legal and policy frameworks to create an enabling environment for journalism and to protect journalists.”

Neither did the NGOs mince their words when it comes to the political inaction on the government’s part to engage in real reform.

As they said in Sunday’s hard-hitting statement released just hours before people gather in Valletta to commemorate the fifth anniversary of Caruana Galizia’s assassination:

“The lack of political will to initiate the effective and systemic reform that is needed casts doubt on whether Malta’s political class has drawn any lessons from Caruana Galizia’s assassination.

“However, justice for the killing of Daphne Caruana Galizia could now be making progress.  The government must now protect those who continue her legacy.”

The NGOs assured Caruana Galizia’s family, friends and colleagues that their thoughts are with them, adding, “Together with them, we continue to fight for full justice.

“Today is a day to remember and celebrate her fearless journalism, the far-reaching impact of her incisive writing on financial crime, abuses of power and deep-seated corruption, and her unwavering commitment to uncovering the truth and serving the public’s right to information.”

Up until Friday, they observed, progress in the criminal investigations and prosecutions had been slow.

While welcoming the surprise turn of events on Friday when Alfred and George Degiorgio changed their plea to guilty and were sentenced to 40 years each for their roles as Caruana Galizia’s hit men, they noted how legal proceedings against the suspected bomb suppliers as well as the suspected mastermind remain pending.

“Impunity serves to embolden those who use violence to silence critical journalism and it ends only when all those responsible for the heinous murder have been prosecuted to the full extent of the law: all the potential intermediaries and mastermind(s) must be brought to justice.”

The statement was signed by:

Partners Albania for Change and Development