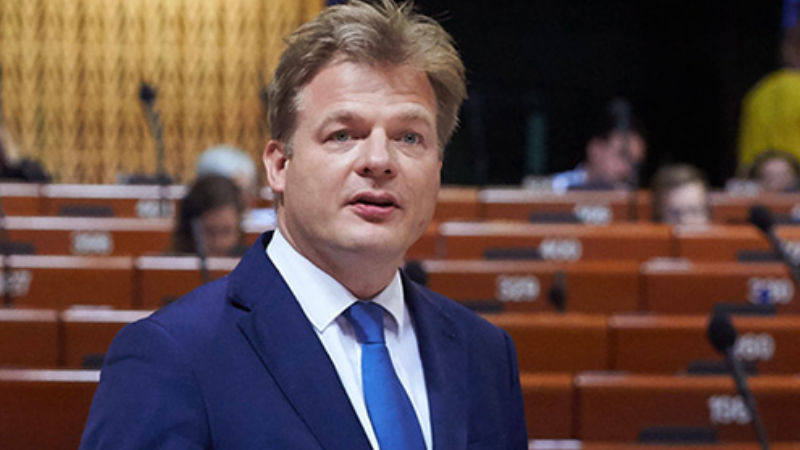 Parliamentary Assembly of the Council of Europe General Rapporteur for Legal Affairs and Human Rights Pieter Omtzigt has expressed serious concerns over the “credible reports” that the CIA had discussed plans to assassinate Wikileaks founder Julian Assange in 2016.

In a statement, Omtzigt expressed “serious concern at the possibility of the extra-judicial assassination or abduction of whistleblowers”.

‘If these reports are true, I am horrified,” he said, adding that “to kidnap or kill a civilian who published leaked documents is a gross violation of basic Council of Europe human rights principles – and one would hope, unthinkable in the world’s most powerful democracy”.

He said that reports of high-level US officials considering these options are “deeply worrying”.

Omtzigt noted a 2020 PACE resolution that called for Assange’s extradition to the US to be barred and called for his release.

“The Assembly has already made clear that the detention and criminal prosecution of Mr Assange sets a dangerous precedent for journalists. These reports only reinforce our concern that Mr Assange could be treated most unfairly.”

He added: “I am confident that the British courts will take these reports into consideration when ruling on Mr Assange’s extradition, and I call on the US authorities to clarify whether such appalling ‘options’ really were considered, and if so, how to prevent this from happening again.”

News of an alleged CIA plot against Assange that included possible surveillance, abduction and even assassination was broken by Yahoo News on 26 September. Citing 30 anonymous ex-US officials, the report spoke of a “supposed vendetta” led by Mike Pence, then-director of the CIA.

The possible plot was hatched in 2016 after Wikileaks published a tranche of CIA documents in a leak dubbed “the largest data loss in CIA history”.

Asides from plans to harm Assange, it’s reported that the CIA may have influenced the prosecution in his ongoing legal woes.

“Some National Security Council officials worried that the CIA’s proposals to kidnap Assange would not only be illegal but also might jeopardise the prosecution of the WikiLeaks founder. Concerned the CIA’s plans would derail a potential criminal case; the Justice Department expedited the drafting of charges against Assange to ensure that they were in place if he were brought to the United States,” according to the report.

International media organisations reacted to the allegations with Rebecca Vincent, Director of International Campaigns at Reporters Without Borders raising concerns that Assange is in danger while in prison.

“The exposed alleged plots that could cause severe harm or loss of life to Assange or his associates are threats to press freedom itself. The Biden administration must act immediately to distance itself from these shocking reports of the Trump administration’s actions, close the case against Assange once and for all, and allow for his release from prison before any further harm is caused,”  she said.

The International Press Institute also commented on the story, calling it ‘disturbing.”  They also called for the case against Assange to be closed.

The US government has charged Assange with 18 charges, including conspiracy to hack and publishing sensitive information. If extradited to the US and found guilty, he could face a 175-year prison sentence.

In August, one of the US government’s key witnesses, Sigurdur Ingi Thordarson, a convicted fraudster and paedophile, admitted he had given false information in his testimony. He also claimed that things he never said were included in the indictment.

Thordarson’s testimony forms the basis of the extradition sought by the American authorities.

Assange sought asylum in the Ecuadorian Embassy in London between 2012-2019 until his protection was removed. British police then entered the building and arrested him, detaining him in Belmarsh Prison, where he has remained.