‘If you want to introduce a new variant, that’s the way to do it’ – Martin Balzan on mass event in September

Holding mass events should be one of the last measures to be lifted, Doctors Association Chief Martin Balzan told The Shift on Monday, in light of adverts promoting a clubbing festival in September circulating social media.

Balzan said he is in favour of beginning with “cautious tourism”, but he warned against untimely mass events, especially those attracting party-goers from overseas. “If you want to introduce a new variant, that’s the way to do it,” he said.

Adverts calling on party-goers to register for tickets for the annual clubbing festival ‘Lost and Found’ in September have been circulating on social media platforms in recent weeks, despite the latest target for herd immunity projected by Health Minister Chris Fearne being weeks later.

The clubbing festival, popular among Britons, is set to run between the 1 and 4 September 2021, marketed with the compelling line “brighter days, underneath the beaming Maltese sun. Let’s join together once again”.

According to a social media post, the festival organisers had even started to accept deposits on early bird tickets as early as 7 January, merely days after vaccinations started being distributed. Fearne had relayed to Euronews in January that herd immunity would likely be reached at the end of September. Speaking in an interview, Fearne said that the “realistic but ambitious” target is to vaccinate 70% of the population by then.

Asked about the plausibility of reaching herd immunity by September, Balzan said that at this rate the number of vaccines would need to increase by at least 1,500 per day, which would also depend on the rate of production and supply from abroad. He noted that the rate of vaccinations may increase in April.

Another question is whether the vaccine will be resistant to virus variants, as they continue to evolve, Balzan said.

Nurse Union MUMN  had also cast doubt on the minister’s forecasting, saying that unless a change in strategy takes place Malta would “not even be close” to reaching herd immunity by September.

Questions sent by The Shift to the Health Ministry at the beginning of the month remain unanswered, despite reminders.

The Maltese event organisers for the festival are Trevor Camilleri and Gerald Debono, according to documents and information on their Linkedin profiles. The Shift had reported that the two, together with Nicholas Spiteri and Edward Zammit Tabona, formed a tight-knit group that had largely benefited from sponsorships by the Malta Tourism Authority (MTA), receiving close to €2 million of taxpayers’ funds in the summer of 2018 alone. ‘Lost and Found’ festival has also previously been supported by the MTA. 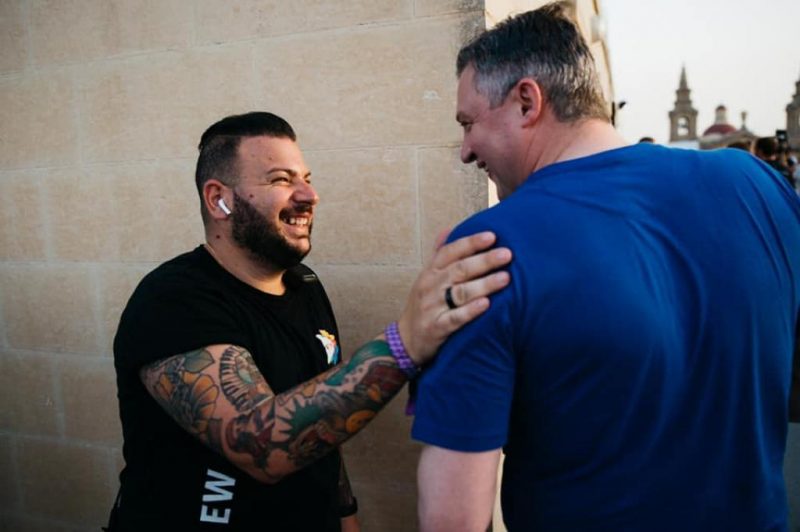 The group benefited after disgraced former Tourism Minister Konrad Mizzi placed Lionel Gerada at the helm as his person of trust. The same group of people also had events organised last summer. Gerada insisted on promoting mass events in Malta to capitalise on other countries shutting down mass events because of COVID. He dismissed the pandemic as ‘media hype’. After weeks of minimal positive cases of coronavirus last July, a spike promptly hit following ‘Hotel Takeover’ – a weekend pool party. This was followed by a call for mass events to be banned, especially amid concerns about tourists coming into Malta from countries where the number of infected persons was significant.

Besides Hotel Takeover, other parties were organised for the summer months – among them some sponsored by the Malta Tourism Authority (MTA) and the same group of individuals who had received close to €2 million of taxpayers funds in the summer of 2018 alone. When the obvious had to happen and the parties were cancelled following public outrage, the MTA announced they would be given compensation.

On Thursday, the Nationalist Party also appealed to the government “not to repeat the mistakes of last summer” when Prime Minister Robert Abela “opened the airport without control and attempted to attract mass events which other countries did not want to host on their shores, to Malta.”

This, along with Abela’s diction which caused people to “reject the valuable advice of the health authorities” was one of the reasons that led to the virus “exploding” towards the end of summer, the Opposition said. “If this happens again, the impact on tourism could be one that does not allow our country to stand on its feet again.”

Meanwhile, with UK residents usually frequenting the Lost and Found Festival, questions have been raised on how such a mass event could affect the UK.

According to The Guardian, in the summer the British government would be looking to vaccinate the remaining adults (some 21 million) of the UK population, with September seemingly realistic for “significant relaxation” to be reached, according to academic Michael Tildesley who is monitoring the outbreak at Warwick University.

“While better weather will help, the danger in the summer is that vaccine uptake drops off as people in their 20s and 30s feel less at risk from COVID,” he said.

“Lost and Found” mass party-time, advertising events ‘at the poolside, at an ancient castle or underneath the trees’.

Lost: sense of responsibility by who should be shouldering it; and,
Found: a resulting situation far worse than the one our Country is facing at the present.