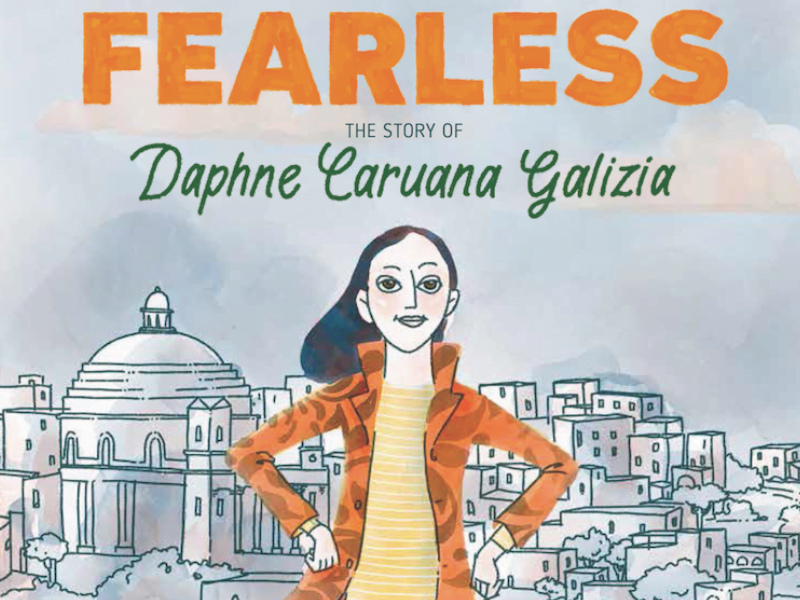 The journalist who ‘signed her name while others remained anonymous’

‘Fearless’, the story of Daphne Caruana Galizia, was launched last week in the UK to be followed by an online launch in Malta on Saturday to coincide with activities marking three years since the journalist’s assassination.

The online debate of the book on Saturday will be chaired by Reporters Without Borders International Campaign Director Rebecca Vincent. Participants include the book’s author, Gattaldo, as well as the journalist’s son, Matthew Caruana Galizia, author Juliet Rix and The Shift’s founder Caroline Muscat.

The children’s book ‘Fearless’ offers the opportunity to discuss the importance of media literacy in education and the Maltese journalist’s legacy, says its author Gattaldo.

In his book, Gattaldo, the illustrator, author and close friend of the journalist, tells the story of Caruana Galizia, from when she was a child, to her days of activism, and finally her work as an investigative journalist.

In the afterward of the book, Gattaldo recalls a quote from one of Caruana Galizia’s early articles that “fear, unfortunately, is the greatest enemy of freedom of expression – and of dialogue”.

Despite this, Caruana Galizia never let fear get in the way, to the point where she published her newspaper column in her name at a time when others preferred to stay silent or remain anonymous, he said. “On 16 October 2017, she was killed by a bomb placed under her car. Whoever ordered this shocking crime may have thought that no more would be heard of Daphne. Instead, her brave and brilliant example has become a worldwide inspiration to everyone who believes that truth should win out over lies and that nobody is above the law,” he wrote.

Gattaldo’s friendship kicked off after he wrote her a letter telling her that he admired her work. “To my surprise, she wrote back and we became penfriends,” he recalled.

The author has previously described her as a gentle but assertive person who “took no nonsense from anyone”.

In an endorsement of the book, International Human Rights NGO Amnesty International emphasises the importance of the story, saying it shows “why human rights matter”. Journalists, like Daphne, “help us all to understand what really happened so that we can stand up for justice”.

Your cowardice and greed killed Daphne