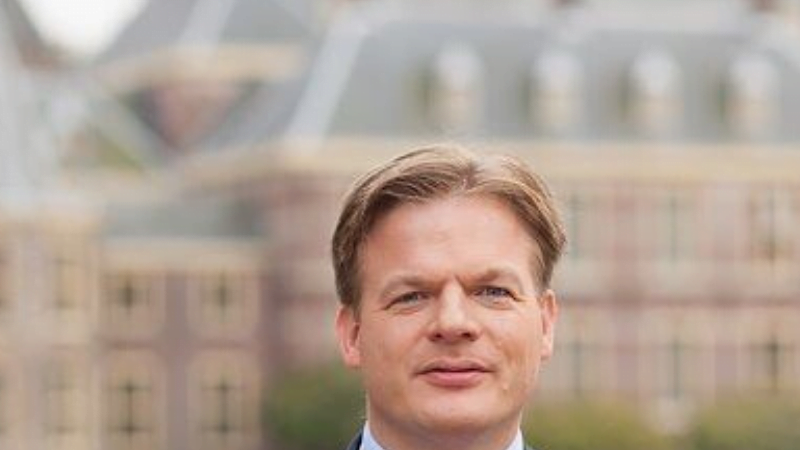 Special Rapporteur Pieter Omtzigt welcomed the new opinion issued by the Venice Commission on the proposed Maltese reform proposals but expressed concerns at the recent revelations about the police and criminal justice system.

“This new opinion is a welcome sign that the Maltese government recognises the need for fundamental reform and is willing to engage with the international community”, Omtzigt said in a statement.

The Venice Commission published its opinion on the government’s proposals that it had put forward following a number of recommendations made by the commission to end impunity and improve the rule of law.

He pointed out that he was “especially pleased” to see that the judicial appointment procedure would be very much improved as this was absolutely “essential” to ensuring judicial independence.

It is also good to see that independent overseeing bodies, such as the Ombudsman, Commissioner for Standards in Public Life and Auditor General “as injured parties, would be able to bring corruption cases directly to the Attorney General and to appeal against inaction”.

However, there was still a lot that needed to be done – especially with regards to the powers of the prime minister, which Omtzigt said are still “too extensive”.

The rapporteur, who answers to the Parliamentary Assembly for the Council of Europe had investigated the state rule of law in Malta following the assassination of Caruana Galizia and had harshly criticised former prime minister Joseph Muscat for his lack of action at implementing the recommendations of the Venice Commission.

As the @VeniceComm publishes an opinion on Malta, PACE's @PieterOmtzigt calls on the Maltese authorities to make reforms real, end impunity and ensure justice for #DaphneCaruanaGalizia: "Malta’s criminal justice system is still not fit for purpose." https://t.co/sRN4sntLbs pic.twitter.com/NC9SvF7yfz

There was also a lack of clarity on ‘persons of trust’ and ‘positions of trust’, which have been abused to reward party members and buy the compliance of MPs. Nothing was being done to turn parliament into an effective scrutineer, he said.

Omtzigt also highlighted that the Attorney General has still not taken on the responsibility for prosecutions from the police – even though the law was passed almost a year ago. Also, magistrates’ inquiry powers would not be transferred to the Attorney General – “even though magisterial inquiries are demonstrably failing in high-profile cases.”

“Also, for now, the proposals are just concepts, and some are conditional. Nothing will actually change until new laws and constitutional amendments are adopted and in force. These texts will need further scrutiny to ensure that they give the promised results.

In fact, this is the first time that these proposals have come to light. The Shift had revealed a number of proposals related to the judiciary that had been made by the government – everything took place behind closed doors without any form of public consultation.

Omtzigt, in fact, highlighted the lack of proper public consultation, despite repeated calls by the Venice Commission and the Parliamentary Assembly of the Council of Europe.

“Genuine consultation on these proposals will be necessary before bills are laid before parliament. I call on the government to implement the latest Venice Commission opinion rapidly and in full, correcting, completing and consulting on the reform package, as necessary. It is beyond high time for this endless process to produce some real results,” he said.

The Venice Commission opinion, with its focus on checks and balances and the criminal justice system, came as Malta’s reputation was “further besmirched” by yet more revelations of corruption and impunity.

Just this week, former police commissioner Lawrence Cutajar was placed under investigation for tipping off a suspect in the murder of Caruana Galizia while former deputy commissioner Silvio Valletta is being investigated for his dealings with the suspected mastermind Yorgen Fenech.

Testimony from officers in the economic crimes unit revealed confusion, procrastination and apathy – to put it charitably – in the unit’s work on political’ cases.

“As my report made clear, it is all connected – the weaknesses in the rule of law, the impunity for corruption and the murder of Caruana Galizia. There is also an international dimension, with related investigations in Italy, France and Latvia – maybe more. Malta’s criminal justice system is still not fit for purpose, and the promised reforms will not bear fruit for months, at least, Omtzigt said.

He reiterated his call for the Maltese authorities change their mind and immediately establish Joint Investigation Teams with foreign police forces that are tackling related issues, “so that there can, at last, be an end to impunity in Malta and justice for Daphne.”

Michelle Muscat hangs up her flippers