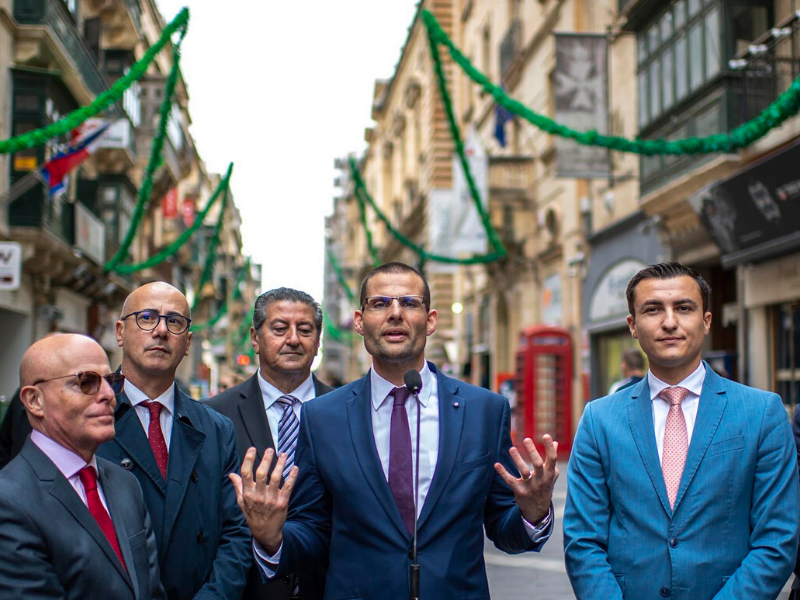 Malta is back to normality. Not.

A few days ago Prime Minister Robert Abela assured his gathered faithful that Malta has now returned to “normality”. A little more than a month since he was elected Prime Minister and Leader of the Partit Laburista, he claimed that, after Joseph Muscat’s resignation, the country is now a normal European country. So, by default, we can assume that Malta’s problem was Muscat. I beg to differ, not about Muscat, but that we now live in a normal country.

Former Justice Minister Owen Bonnici has been found guilty by the Highest Court in Malta of breaching the Constitution when he kept ordering the clearing of the Daphne Caruana Galizia protest memorial, in front of the Courts of Justice, almost every night. He ordered it more than 500 times; more than double the times Vladimir Putin ordered the clearing of a similar memorial of Russian government critic Boris Nemtsov in Russia.

Repubblika took the Justice Minister to court and won, hands down. But Bonnici stayed on, with no hint of political responsibility. Abela kept him in his Cabinet. Bonnici even said that he did what he did to bring unity in Malta: “L-għaqda fil-pajjiż“. Bonnici is now Minister for Education, in charge of our children’s education on rule of law, tolerance and respect. No, Prime Minister, Malta is not back to normality.

Yet Scicluna is still Finance Minister and both Cardona and Mizzi are still Members of Parliament representing the Labour Party. There might be a ray of hope as Health Minister Chris Fearne, Abela’s opponent in the leadership race, is considering suspending the agreement, even with Muscat lobbying in favour. No, Prime Minister, Malta is not back to normality.

The infamous duo, Mizzi and former Chief of Staff Keith Schembri, have admitted having offshore companies. These were set up to receive money from Yorgen Fenech, facing trial as the mastermind behind Daphne Caruana Galizia’s execution, promising them €5000 each every day through his 17 Black company in Dubai. This is not an allegation, there is an email by Cini of Nexia BT confirming this.

Neville Gafa is still a free man despite his alleged sales of medical visas to Libyans. He was, up until last month, working at Castille, even though Muscat said he did not know. Gafa even had a diplomatic passport.

Minister Michael Farrugia insists that he does not carry any political responsibility for the police scandal unfolding before our eyes. The fact that 80% of the traffic police force has been arrested or are facing arrest does not bother him. The fact that the previous Police Commissioner Lawrence Cutajar knew all about this in October last year and took no action is fine for Farrugia.

When asked about it by the media Farrugia replied that they should look at Censu Galea, newly appointed President of the Executive of the Nationalist Party. Yes, unbelievable, but he said it; not once or twice but three times on camera.

We know that Cutajar knew about the racket but after he resigned he was given another iced bun as head of public safety and logistics. No, Prime Minister, Malta is not back to normality.

We have OPM officials, still working at Castille, whose credibility was questioned by the three judges conducting the Daphne Caruana Galizia’s public inquiry and they go out of court smiling. No, Prime Minister, Malta is not back to normality.

We still see tower cranes, I call them modern dinosaurs, all over the country. We still have contractors who block streets without a permit – contractors now allegedly linked to paying protection money into police officers’ bank accounts. Malta is still polluted with dust and emissions, noise, jackhammers, cranes, gas delivery trucks, late-night music from bars in residential areas. Roads are still jam-packed with traffic despite the widening of roads at the cost of sacrificing hundreds of mature trees. But Minister Ian Borg gets things done. And he’s still determined to get his swimming pool in ODZ.

No, Prime Minister, Malta is not back to normality.

Malta is filthy. Look around you – it’s a third world country infested with garbage, truckloads of building material are being dumped on garigue, old mattresses strewn around the countryside, used tyres dumped into the sea. Mater Dei still has dozens of patients on stretchers in corridors. A school in Gozo will take eight years to be fully built. Eight years.

Schembri’s mobile is still missing. TVM still spews biased news and One TV goes further, spewing hatred. We citizens do our best to separate our rubbish but then Wasteserv informs us that all rubbish, be it organic or recyclables, are being thrown together into the landfill. Now we even heard that farmers at Maghtab are afraid they will lose their land so that the landfill can be made bigger.

No, Prime Minister Malta is not back to normality. And the buck stops with you. You are responsible.

You have to change your attitude towards impunity in Malta. You had a chance with the choice of the Police Commissioner. But you missed it. Now we know that the Venice Commission was not consulted about your choice. And so we have another lying minister in your Cabinet.

You have to carry the responsibility for the lack of good governance. You have the power to change all this. You have a duty to ensure that the rule of law works. You have the duty to see that our transparency ranking goes back to acceptable levels.

What is needed is the will to make things right. Until then, no, Prime Minister, Malta is not back to normality.

Joe Azzopardi worked in a number of government secretariats and ministries, including environment, home affairs and foreign affairs, and he was a regular contributor to local newspapers. Married to Anna with one daughter (the late Nirvana Azzopardi).