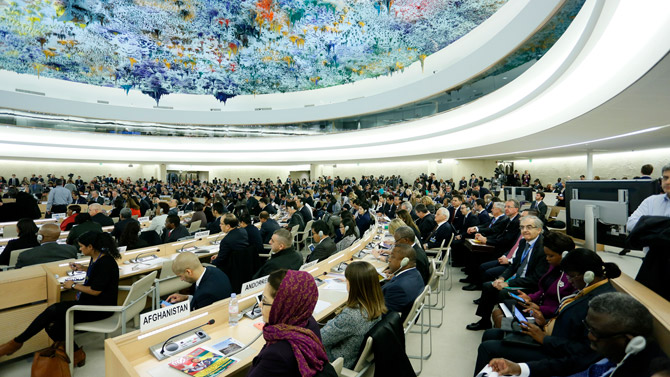 The safety of journalists around the world continues to “deteriorate alarmingly”, raising questions about the efficacy of international and regional mechanisms, according to a report that will be presented to the Human Rights Council.

While pointing out that there were “notable and significant” achievements to improve the safety of journalists at all levels, attacks are “increasing, raising legitimate questions about the impact of these mechanisms at all levels,” the report said.

Drawn up by the Office of the United Nations High Commissioner for Human Rights, the report will be presented to the Human Rights Council on Thursday and provides an overview of recent developments at the international and regional levels to monitor the safety of journalists, as well as to prevent and protect against attacks.

According to UNESCO, 68 journalists and media workers have been killed in 2018 to date. Between 2012 and 2016, UNESCO’s Director General condemned on average two assassinations per week.

The report referred to one of the council’s resolutions, which pointed out that impunity for attacks and violence against journalists constituted one of the greatest challenges to their safety and ensuring accountability for crimes committed against journalists was a key element in preventing future attacks.

It also strongly condemned the prevailing impunity and expressed grave concern that the vast majority of those crimes go unpunished, contributing to their recurrence.

It noted that a wide range of prevention, protection, monitoring and complaint mechanisms were established to educate, prevent and protect, monitor violations and report and highlighted the need for essential components required for an independent and impartial analysis of effectiveness.

These include the investment of adequate time and resources, an agreed methodology, and the systematic collection, collation and analysis of relevant data over time.